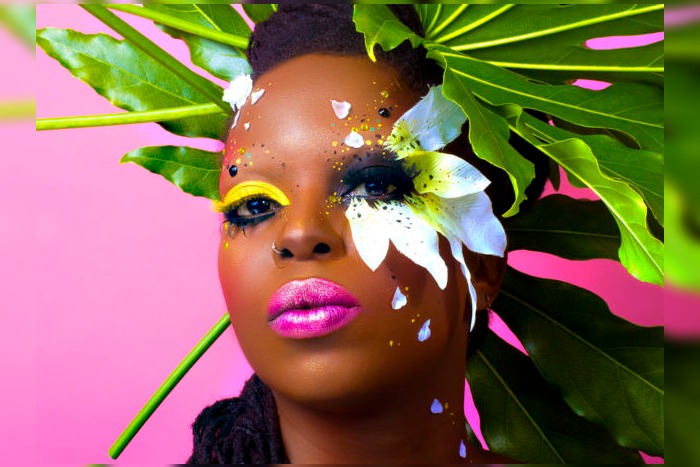 The production first appeared as a work-in-progress performance at HOME’s Push Festival earlier this year but will now have a four performance run at the venue.  Plant Fetish will then go on a UK tour in 2020.

Chanje Kunda was suffering with stress and anxiety when she first discovered that plants soothe the soul.  She discovered the book Plant Style which explained the effects that plants can have on reducing stress and increasing creativity and productivity before learning that some women in Mexico, fed up with me, were getting married to trees.  This in turn saw her look at the environmental issue of mass deforestation and the issue of women’s success in life being judged by their marital status.

Trees aren’t very talkative, but they are tall, do great things for the planet, and are renowned for their wood. Inspired, Chanje surrendered to this notion. Chanje fell in love with plants: fleshy succulents, cheese-plant monsteras’ hand-shaped leaves, the Venus flytrap, the twining of a creeper. The pressures of life drifted away. While we are forever comparing our lives to those of others on social media and the superficial numbers game that is dating via online apps, Plant Fetish inspires you to embrace foliage over FOMO! Plant Fetish show maps this journey, and features a harem of stunning tropical plants adorning the stage. There will be music and movement, dramatic narrative and metaphors of growth and renewal.

When does Plant Fetish run at HOME Manchester?