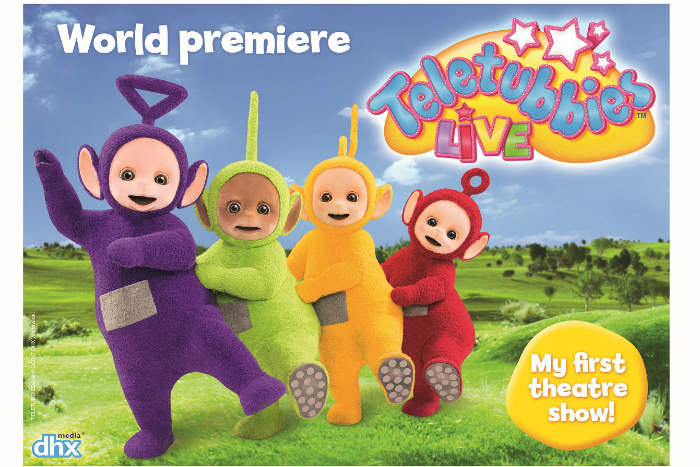 Teletubbies Live is their first ever live theatre show, made especially for little ones.  Teletubbies Live has been created and adapted for the stage by Richard Lewis.  Lewis was also behind the hugely successful Peppa Pig Live shows. The show is produced by leading children’s theatre team Fiery Light, in partnership with licensor DHX Brands.  The show includes brand new songs from BAFTA award-winning composer Mani Svavarsson.

Teletubbies Live features bright colours, puppetry, movement, songs and actions.  It is the perfect show for introducing young children to the magic of theatre.  Audiences can see Tinky Winky, Dipsy, Laa-Laa and Pop explore the magical world of Teletubbyland in a show filled with love, laughter and big hugs.  Look out for the Tubby Phone, Noo-Noo and Sun Baby in a fun, bright and safe world which captures young children’s imaginations and encourages them to explore the world around them.

Where and when is Teletubbies Live performed in Manchester?

Teletubbies Live comes to Manchester’s Palace Theatre, running from 17 – 19 November.  The show then tours the UK.