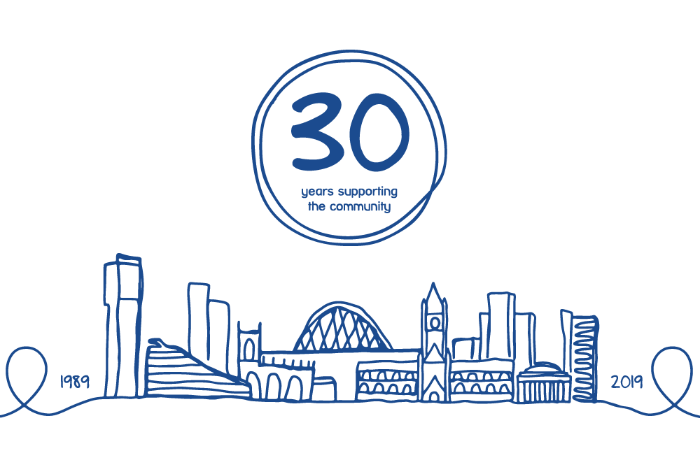 30 years on, Manchester Mind continues to provide mental health support for more than 6,500 people each year, across Manchester.

Against the backdrop of Thatcher’s Britain, as the 1980s were drawing to a close and the ‘Madchester’ scene was taking off, in Manchester’s deprived inner city area of Hulme, a group of like-minded individuals including local church clergy, elders, community workers and local activists came together.  The group aimed to tackle the underlying factors that were impacting on local people’s mental health.

Hidden amongst what was described as Europe’s worst housing stock in the Crescents of Hulme, were vulnerable people, struggling with mental health needs and accessing support.

Hulme Action Research Project moved in to the Zion Building (now Z-Arts) and started receiving referrals.  They adopted a human-centred approach, listening to individuals and quickly established the common factors affecting their mental health were poor accommodation, money and benefits problems, and a lack of social support.

After seeking funding to employ people with expertise in these areas, HARP established a cafe and moved in to the Zion Community Resource Centre where many of Manchester Mind’s now 60 plus employees are still based.

The organisation then won a tender in 2002 for the Assertive Outreach Services for people with long-term psychosis, tripling the size of the team.  In the same year the organisation became the Healrth Advocacy Resource Project with the opening of the Young Adult Services Project in Levenshulme.  And then in 2011, HARP successfully acquired affiliation to become Manchester Mind.

To help support Manchester Mind text MM30YEARS to 70085 to donate £3.  This will help to provide free healthy meals to people in need at their community cafe.