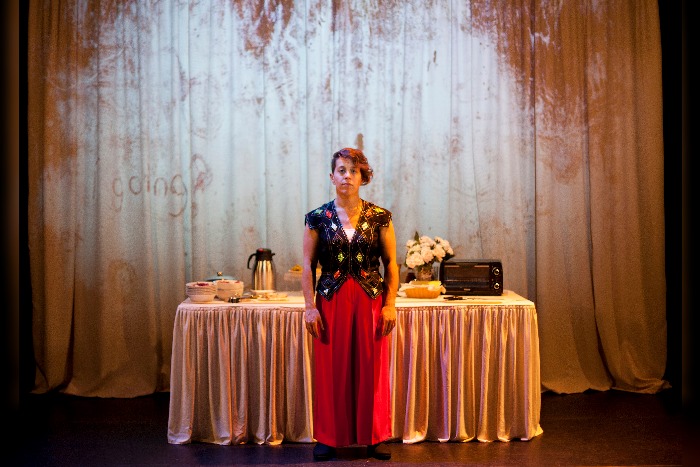 Manchester Jewish Museum will mark Holocaust Memorial Day and the 75th anniversary of the liberation of the largest of the Nazi death-camps with two premieres of musical and theatrical performances.

Taking place on Monday 27 January, music from Israeli composer Na’ama Zisser will be performed together with the premiere of brand-new songs in a free pop-up performance installation, Songs of Arrival.  The event will run from 4pm in the Music Library.

Also performing will be the Museum’s own community song-writing group, who have been working with musician and composer Joe Steele to create original compositions.  The songs will bring to life the Museum’s oral history collection.

Manchester Jewish Museum’s Artist in Residence, opera singer Peter Braithwaite, will also perform one of Na’ama Zisser’s songs, Love Sick, in Hebrew, based on the Song of Songs in the bible.

The Museum’s commemoration of Holocaust Memorial Day continues in the evening with the Northern Premiere of Holocaust Brunch by Canadian theatre maker and performer Tamara Micner.  The production fuses comedy with the brave stories of two Holocaust survivors connected to Tamara, looking at an inter-generational wound and exploring what it is like to live in the shadows of genocide and displacement.  Micner reflects on her experience of growing up as a descendent of survivors and addressing how communities can heal.  The dark comedy recounts a story not typically told whilst she serves up bagels and cream cheese.

As part of the creation of Holocaust Brunch, Tamara Micner has collaborated with London-based printmaker Yael Roberts who has made a series of original prints, The Trauma Documents, which respond to parts of the story and appear throughout the show as video projections.

When is Holocaust Memorial Day?

Tickets can be booked via the Manchester Jewish Museum website.