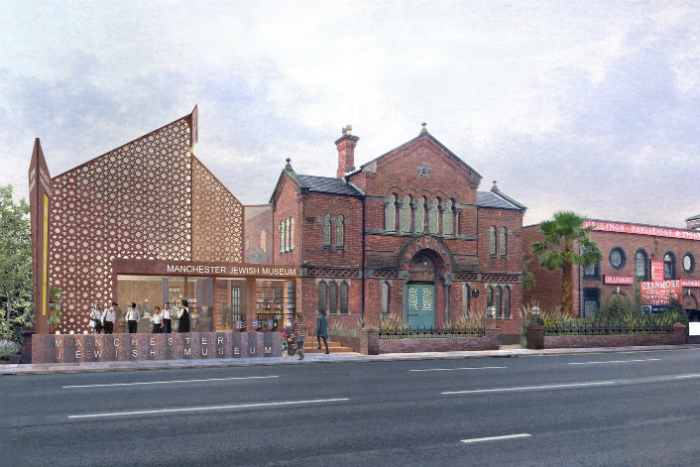 Manchester Jewish Museum has announced that it has received a £2.89m National Lottery grant to held with an ambitious £5m development project.

The development works will see the museum, housed inside a former synagogue, gouble in size with new galleries, learning spaces, a shop and cafe built whilst the Grade II listed synagogue will be repaired and restored.

News follows recent approval of the planning application by Manchester City Council and ensures that plans will now move ahead with £1.5m of funding having already been put in place.

The development builds on the museum’s increasing success. Visitor numbers have risen steadily since 2011, and last year Manchester Jewish Museum was listed as one of the UK’s top 10 small museums by The Times.

Speaking of the award, Nathan Lee, Head of Heritage Lottery Fund North West, commented “Manchester Jewish Museum is an extraordinary piece of 19th-century architecture, as well as the city’s oldest synagogue. This is one of Manchester’s most important historic buildings and our investment of nearly £3m is set to bring it back to life for a new generation. Thanks to National Lottery players, visitors will get a greater understanding of why this Cheetham Hill site is so important as well as hearing moving and uplifting stories about one of the UK’s oldest communities.” 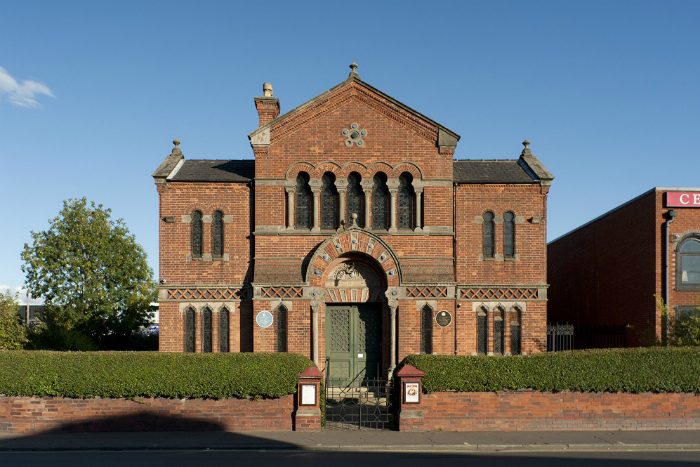 The building within which Manchester Jewish Museum operates is a former synagogue – the oldest in Manchester. Built in 1874 by Jewish textile merchants, the Spanish and Portuguese synagogue has been described as a “jewel” by architectural historians. But the historic building needs urgent repairs. The development project will restore the synagogue to its original architectural splendour, while new interactive displays, soundscapes and live performances will bring it to life for visitors.

Alongside preserving one of Manchester’s most significant historic buildings, the museum cares for over 30,000 objects, from personal letters and photographs to Torah scrolls hidden from the Nazis during WWII. These objects help tell the story of Jewish Manchester, as well as broader stories of migration, identity and the Holocaust. Linked to the synagogue, an extension will create extra space in which to display this nationally significant collection, as well as a new learning and community studio and improved visitor facilities, such as a unique Jewish café.

Max Dunbar, Chief Executive of the Manchester Jewish Museum, added “In such troubled times it feels like the right step to develop the museum,” said Chief Executive, Max Dunbar. “The historic stories of Manchester’s Jewish community are also the stories of today. They tell of people forced to flee their homes, who settled in a new country to rebuild their lives. These stories remind us what happens when people, politics and religion drive us apart – and how a city like Manchester can bring people together. I’m delighted that we can now build a better museum and share those stories to more people than ever before – and I’d like to give our sincere thanks to National Lottery players, and all of our supporters, for getting us to this point.”

Building work will commence towards the end of 2018, with the newly-developed museum opening in Summer 2020.