Previewed: My Baby at Night and Day Manchester 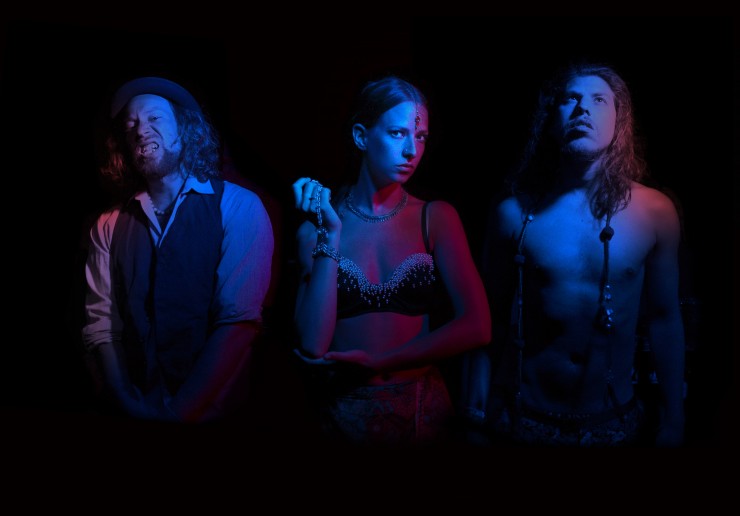 After releasing their latest album Prehistoric Rhythm earlier this year, My Baby return to the UK for a run of dates including Manchester’s Night and Day.

Consisting of Dutch brother-sister-duo Sheik (drums) and Cato van Dyck (vocals, guitar, banjo, violin) and New Zealand’s Daniel “daFreez” Johnston (guitars), My Baby have received huge acclaim and airplay through the likes of their single Make A Hundred, a favourite on the festival circuit this season.

Prehistoric Rhythm takes you on an unorthodox musical magic carpet ride of cosmic theatricality and thumping dance beats, channeling primal awareness amidst hypnotic drums, shimmering soulful vocals, and psychedelic riffs on the back of rootsy blues and dubbed out funk.

The trio create an imaginative landscape with Cato as protagonist and figurehead of protest, voodoo priestess, bearer of broken hearts, both aggressor on the plains and keeper of the peace, enchanting, meditating, screaming, loving and dreaming. After touring with Seasick Steve and Larry Graham, My Baby’s live show has been reconstructed to augment the sound and vision of ‘Prehistoric Rhythm’, emulating tribal celebration and creating a phantasmagorical universe the audience becomes part of.

The band has garnered emphatic praise for their singular live psychedelic experience. After being the first ever Dutch band to play the main stage at Isle of Wight Festival earlier this year, My Baby hit four blistering live shows across Glastonbury Festival

When are where do My Baby play in Manchester?

My Baby headline at Manchester’s Night and Day on 5 October 2017.