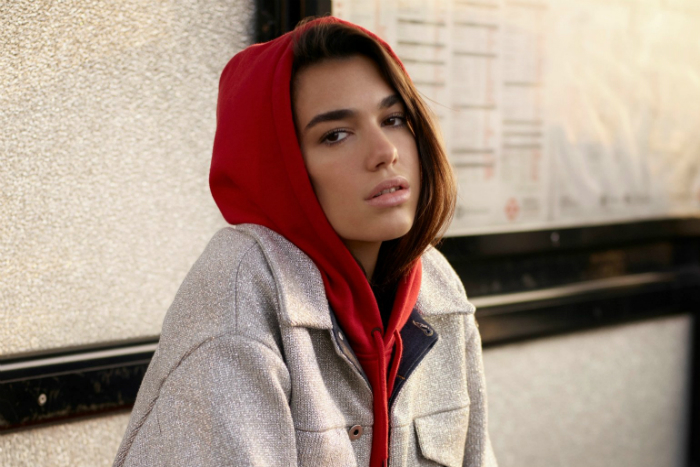 Dua Lipa has announced she will be returning to Manchester in October, performing at Manchester Academy.  The Academy show comes in the midst of her twenty date UK tour in support of her self-titled debut album.

The announcement comes ahead of the release of Dua Lipa’s self-titled debut album, which is due out on 2 June.  “This whole album is me, who I am and how I want to be seen as an artist,” says Dua Lipa. “I want people to really get to know me, so the album is everything that has happened in my life so far, and every song tells a different story.”

And she explains that the album offers even more depth than her initial singles – . “I’ve been describing it as ‘dark pop’ because people have only heard the pop moments, but there are some really dark, singer-songwriter parts that I’m excited about,” she says.

Still early in her career, Dua Lipa has also been nominated for a wealth of awards by the BBC, MTV Europe and the Brits.  She also scooped the Best New Artist award at the NME Awards and two European Border Breakers.

Where and when is Dua Lipa performing in Manchester?

Dua Lipa performs at Manchester Academy on 10 October 2017 as part of her twenty date European tour.

When do tickets go on sale for Dua Lipa at Manchester Academy?

Tickets for Dua Lipa at Manchester Academy go on general sale at 10am on Friday 19 May.  Fans can access pre-sale tickets 48 hours before general sale by pre-ordering a copy of the debut album, Dua Lipa from her official website from 10am on Friday 12 May until 2pm on Tuesday 16 May.   VIP Meet and Greet Packages are available from VIPNation.eu/DuaLipa