The Amazons reveal video for Ultraviolet ahead of Neighbourhood Festival date 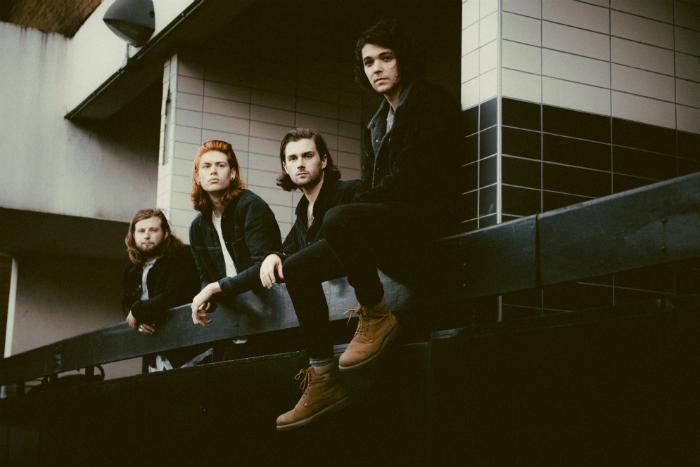 Ahead of appearing at Manchester’s Neighbourhood Festival, The Amazons have unveiled the video for their latest single Ultraviolet.  The video comes off the back of red hot shows at Reading and Leeds Festival.

The Amazons are due to set out on tour in October with 11 headline shows, including Manchester’s second Neighbourhood Festival.

The video for The Amazons’ Ultraviolet is directed by Oscar Sansom whose previous credits include videos for Biffy Clyro, Belle and Sebastian, Idlewidl and Twin Atlantic.  Speaking about the video, Sansom commented, “I wanted to create a video that really celebrates the energy of The Amazons’ live performance, a visceral and explosive piece that would tear through the very film it was shot on. I wanted to make a blistering performance video that grabbed you by the scruff of the neck and looked you dead in the eye.  The band has this amazing effortless rock’n roll attitude and sound and I wanted to reflect that through the techniques I used. Shot on 16mm to give it a beautiful filmic texture I then went about mutilating the final negative. Bleach, scratching, ink and fire were my weapons of choice, I did everything you are told not to do with a negative and there is something quite enjoyable about that punk style approach to making.”

The Reading band is one of the most highly tipped guitar bands of 2017 and they saw their self-titled debut album hit the number 8 spot in the charts earlier this year, with a number 6 ranking in the vinyl album charts.

The Amazons’ ascent has continued in the live arena too. Their first headline tour of the year was entirely sold-out and their festival scheduled has extended from Glastonbury, Reading & Leeds Festival, and BBC Radio 1’s Big Weekend at home to dates all across the rest of Europe as well as Japan and South Korea.

Where and when to The Amazons play in Manchester?

The Amazons are scheduled to appear at Manchester’s Neighbourhood Festival on 7 October 2017.