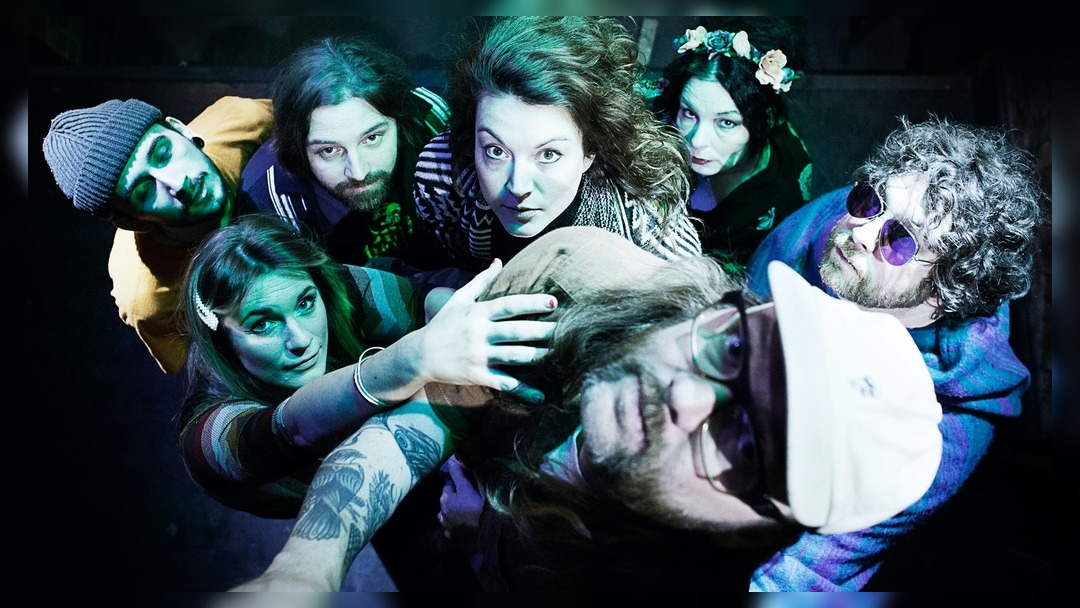 The track, released as the band played at The Eagle Inn, Salford, was produced by Stephen Street.

The band are set to perform a string of UK dates including Manchester gigs over the coming months.

Psilocyberman is a song about mindless cyborgs and mind-altering psychotropic substances.  As Heavy Salad frontman Lee Mann explains, “It’s the tale of an everyday cyborg who is awakened from his electronic trance using the magical powers of psilocybin (aka “magic mushrooms”).  He is aware! He feels the rhythms of the universe reverberate inside his mind!”

The track is the first hint at the contents of their upcoming second album Long Wave, which is due for release later this year.  The album marks the follow-up to their debut Cult Casual.

In addition to his work on Psilocyberman, Stephen Street is confirmed to have worked on a number of other tracks on the album.  As Lee adds, “Working with Stephen Street was a dream come true for Heavy Salad, he instantly recognised the band’s knack for a killer hook and a guitar player who does things differently! Having worked with some of the most distinctive guitarists in British rock, Stephen can now add Rob Glennie to his illustrious list of collaborators. Stephen is well known for delivering experimental guitar pop and “Psilocyberman” is no exception.”

Heavy Salad are confirmed to perform a number of UK gigs through to April 2022 including Night and Day and will then also be performing at Manchester’s Psych Fest in September.

When do Heavy Salad headline in Manchester?

Heavy Salad headline at Manchester’s Night and Day on 25 March.  They will also headline at Liverpool gig at Carnival Brewing on 15 April.