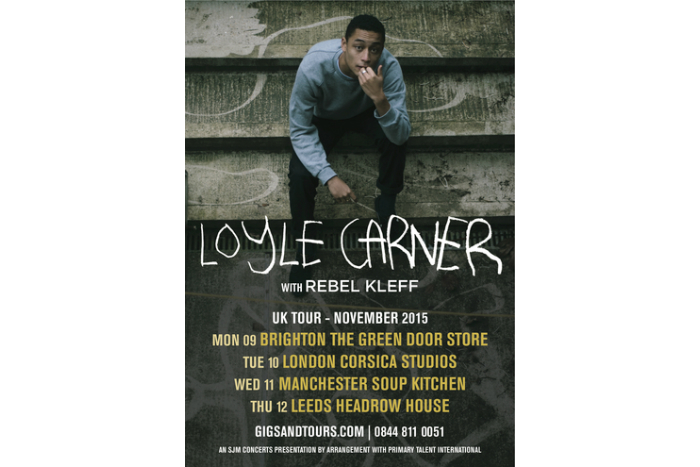 Following the recent release of his debut double A-side single Florence and Tierney Terrance, Loyle Carner has announced his debut UK headline tour which will find the twenty-year old performing at Manchester’s Soup Kitchen on 11 November.

After stand out performances at summer festivals including Glastonbury, Greenman, Reading and Leeds, as well as having supported the likes of, MF Doom, Kate Tempest, Joey Bada$$ and Atmosphere, Loyle promises to deliver compelling, honest and insightful performances across the UK this November.