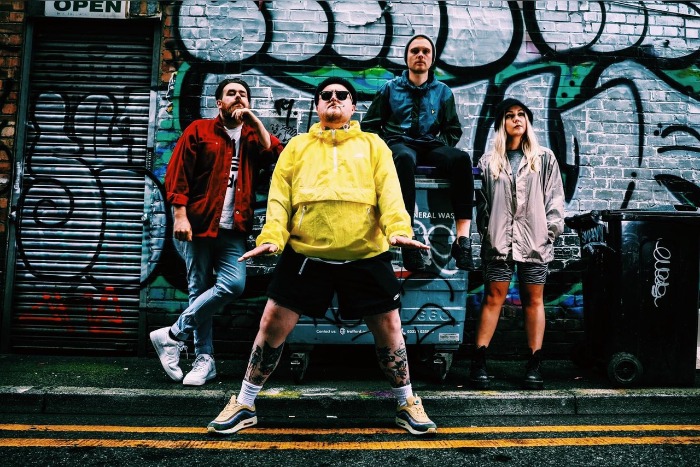 Lottery Winners have revealed the video to latest single Hawaii from their upcoming debut album after revealing a Manchester gig at the O2 Ritz.

Hawaii is taken from their self-titled debut album which is due for release on 13 March 2020 via Modern Sky.

The track was recorded at Rockfield Studios and has picked up strong support from the likes of 6 Music and NME.  Speaking about the accompanying video, which sees frontman Thom Rylance staring down the barrel of a lens, sat in an inflatable paddline pool surrounded by hula dancers, he commented, “It’s a pretty weird video, I think.  We just wanted to make this grand image that slowly revealed itself, on absolutely no budget. This is the closest you’ll get to Hawaii in Leigh”

Lottery Winners have spent the last two years recording tracks for their debut album.  The album has been produced by Tristem Ivemy (Frank Turner, The Holloways) and mastered at Abbey Road.  They are now signed to Modern Sky UK and spent much of 2019 touring with the likes of Catfish and the Bottlemen, Madness, Larkins, The Libertines, Circa Waves and Sleeper as well as making their Glastonbury debut.

The band have also announced their next run of dates including their biggest ever headline show at Manchester’s O2 Ritz.

When do Lottery Winners headline at Manchester’s O2 Ritz?

Lottery Winners headline at the O2 Ritz Manchester on 11 April 2020.