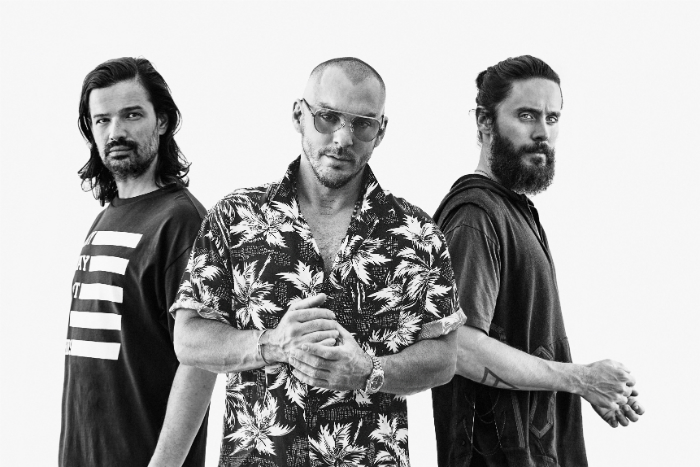 Thirty Seconds to Mars have revealed their new single Dangerous Night ahead of a run of UK tour dates including a Manchester gig at Manchester Arena.  The single comes from their highly-anticipated fifth studio album.

Dangerous Night is the follow up to the multi-platinum selling band’s first single from the album, Walk On Water.  Walk On Water spent five weeks at the number one spot on Billboard’s Rock Airplay Chart and was A-Listed on BBC Radio 1, spending seven weeks on the playlist.

Thirty Seconds to Mars has received numerous awards and accolades throughout their career, including a dozen MTV Awards, a Billboard Music Award and a Guinness World Record for the Longest Running Tour in history. On 4 July, the band shot a documentary titled A Day In the Life of America. Including over 90 crews in all 50 states (plus Washington DC and Puerto Rico), the project captures American life in a single day.  A Day in the Life of America is due for release in 2018.  Thirty Seconds to Mars are currently working on their highly anticipated 5th studio album.

Where and when do Thirty Seconds to Mars play in Manchester?