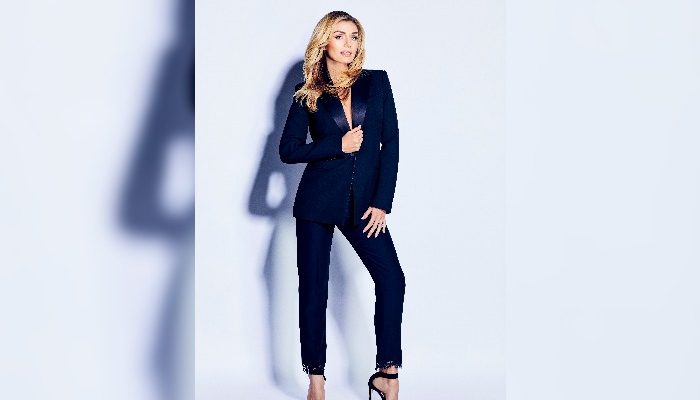 Katherine Jenkins has announced her 14th studio album Cinema Paradiso and a UK tour including a Manchester show at the Bridgewater Hall.

The biggest selling classical artist of the century, Katherine Jenkins will release Cinema Paradiso in April via Decca Records.  The album will be released on 17 April.

To co-incide with the album announcement, Katherine Jenkins has also revealed that she will head out on tour in 2021, performing 14 shows around the UK.  The tour will include a Manchester performance at the Bridgewater Hall.

Cinema Paradiso comprises 15 tracks including some of the best loved movie moments such as Moon River (from Breakfast at Tiffany’s), Pinocchio’s When You Wish Upon A Star, Tonight from West Side Story and the themes from Schindler’s List, Lord of the Rings and Dances With Wolves.

Speaking about the decision to use soundtracks, Katherine Jenkins commented, “I’ve always loved movie soundtracks. I wanted to create an iconic movie moment with this record – all the best film musical themes that we know and love, all together on one album. The last few albums I’ve made have been inspired by what’s happening in my own world. This one in particular was inspired by the things that were going on around me. Having played my first movie role last year, it felt like a natural transition for me.”

“West Side Story has always been up there for me in terms of musical films. ‘Somewhere’ has been specially recorded for this album (minus the Octopus mask!) and I’m thrilled to have Luke Evans join me on the duet ‘Tonight’. I loved seeing some of his TV performances last year and it was great fun to create an all-Welsh version of the duet!.”

Alongside the announcement of Cinema Paradiso, Katherine has also released the new single, I’ll Never Love Again from the film A Star Is Born, which went straight to the top of the iTunes Classical Chart when released.

When does Katherine Jenkins perform at Manchester’s Bridgewater Hall?

When do tickets go on sale for Katherine Jenkins’ UK tour?

Tickets for Katherine Jenkins’ UK tour go on sale at