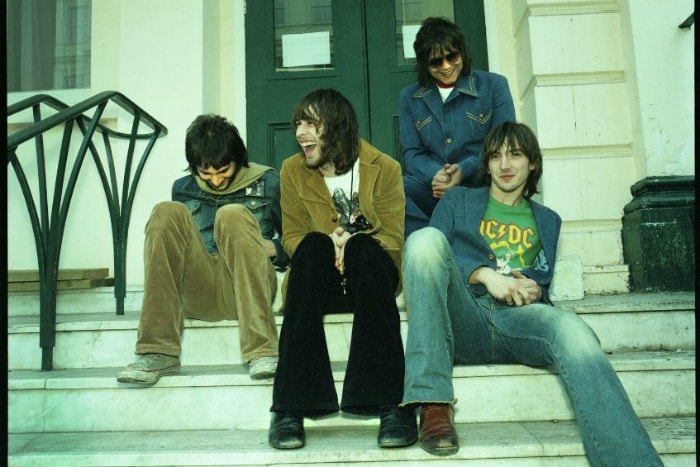 Jet have announced two UK shows celebrating the 15th anniversary of their debut album Get Born, including a Manchester gig at the O2 Ritz in July 2018.

It’s been fifteen years since the now famous hooks and riffs of Jet’s debut album Get Born were unleashed on the world.  With global sales of more than 6.5 million albums, Get Born was certified 10 times platinum in Australia and spawned the singles that made Jet famous the world over – Are You Gonna Be My Girl, Look What You’ve Done, Rollover DJ and Get Me Outta Here.

After calling it a day 2012, the band were convinced to reform after a personal request from the legendary Bruce Springsteen to accompany himself and the E-Street Band on their sold out Australian tour of 2017. Following an overwhelming response to those shows, the band dipped their toe back in the live waters with a triumphant appearance at the legendary Fuji Rock festival in Japan and sold out shows at Sydney and Melbourne Zoos. The reaction from fans was enough to suggest that love for the band never waned, and was in fact, stronger than ever.

The Melbourne based Jet are now coming to the UK to celebrate the fifteenth anniversary of their debut album on the Get Re-Born tour.  To coincide with the tour Jet (drummer Chris Cester; frontman Nic Cester; guitarist Cameron Muncey; and bassist Mark Wilson) will release the Get Born: Live At The Forum album in May.

When do Jet headline at Manchester’s O2 Ritz?

When do tickets for Jet at the O2 Ritz Manchester go on sale?

Tickets for Jet’s Manchester gig are on sale now.