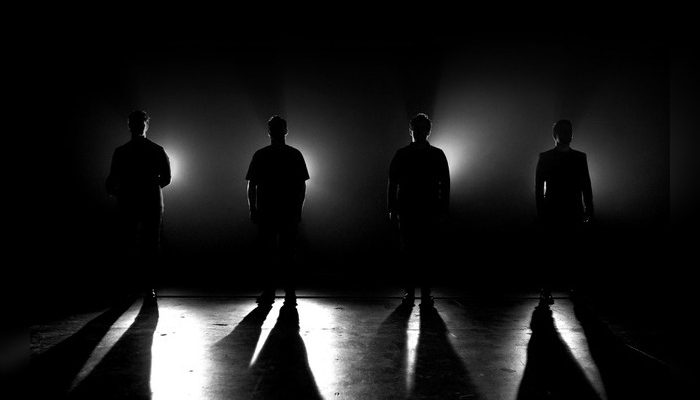 Manchester’s own ist ist are set to release their debut album on Friday, with Architecture finally arriving after six years in the making.

The post-punk quartet have been building a loyal cult following over the last six years which releasing a string of singles and EPs independently since 2014, and forging a reputation for being one of the most uncompromising acts around.  Word of most has seen ist ist performing sold out shows across the nation and playing a hometown gig at Manchester’s O2 Ritz.

Now their debut album Architecture is finally set for release this Friday.  The album sets out the fully realised sound of ist ist.  Drawing on themes of turmoil, anxiousness and redemption, the 10 track Architecture maps out the human mind.

From the hypnotic opening of Wolves through to the last frenetic notes of Slowly We Escape, Architecture is a triumph.  The early release of a string of singles from the album breeds a familiarity with the album from the outset.  Architecture is atmospheric throughout.  Brooding synths, bass and drums provide a perfect layer for frontman Adam Houghton’s vocals, whilst guitar riffs split the tone with energy and occasional bite.

Speaking about the album, bassist Andy Keating commented, “We’re really excited to release our debut album, even in such uncertain and testing times. It has been the culmination of five year’s hard work and we hope it can bring some light to the people who listen to it whilst the world is a strange place to be. The title ‘Architecture’ refers to the architecture of the mind and whilst it isn’t a concept album, the lyrics explore emotional turmoil, anxiousness and redemption. It seems an appropriate topic in 2020 when the importance of mental health and mental well-being have never been more prevalent.”

In the run up to their debut album release, ist ist have been releasing a succession of singles and videos, with a difference… Breaking from convention to do things their way, the band will be releasing all 10 tracks set to feature on ‘Architecture’ as a means of episodically unfurling its singular narrative. Each track will be equipped with its own individual artwork and aesthetically stunning visuals. Fans can tune into the videos for Wolves, You’re Mine, Black, Discipline, plus the most recent addition A New Love Song now. As the release of Architecture dawns on 1 May 2020, followers of ist ist will find themselves rewarded with 10 tracks, 10 videos, 10 artworks, and 10 prints, each of which will provide a pillar of their remarkable debut album. As ist ist’s Andy Keating explains, “We believe in the strength of every song on the record and wanted them all to have their time in the spotlight instead of following the tried and tested method of releasing a handful of singles then dropping the album. You only get your debut album once so we wanted to do something innovative. We can’t wait for everyone to hear it and all being well, get out to tour it in October and November.”