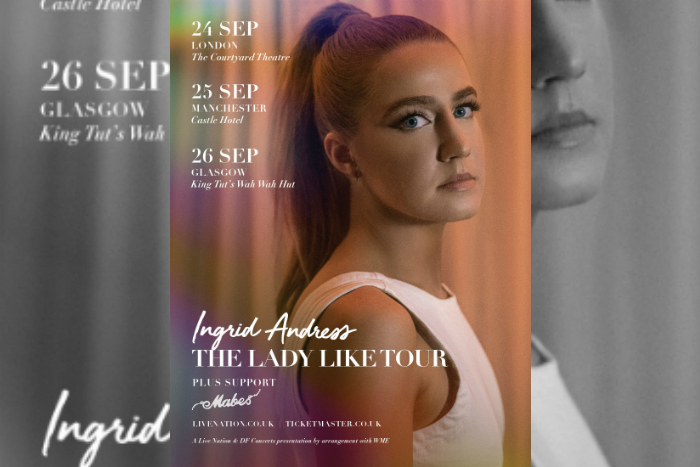 After making her UK debut at this year’s C2C Festival, Ingrid Andress has announced her return to the UK with three gigs including Manchester’s The Castle.

The singer/songwriter will perform the dates on her European tour which includes shows in Germany and The Netherlands.

Andress began making waves in the music community with the release of her first major label song Lady Like in February.  The track saw her picking up airplay at country radio whilst fellow single More Hearts Than Mine has already approached 10 million streams.  Co-written with Sam Ellis and Derrick Southerland, More Hearts Than Mine was applauded in this month’s issue of HITS magazine, featured on Amazon and playlisted on an additional seven playlists and 13 stations.

Andress first honed her skills writing with heavy hitters in the music community such as Sam Hunt and Alicia Keys. Since signing with Atlantic Records/Warner Music Nashville, she has continued to release new music that proves her to be one of the most unique and moving vocalists in the country space.  She has co-written with Charli XCX and Fletcher.

When does Ingrid Andress headline at The Castle?

When do tickets for Ingrid Andress’ UK tour dates go on sale?

Tickets for Ingrid Andress’ UK tour go on sale at 9am on Friday 19 July.  Support comes from Essex-born singer/songwriter Mabes.