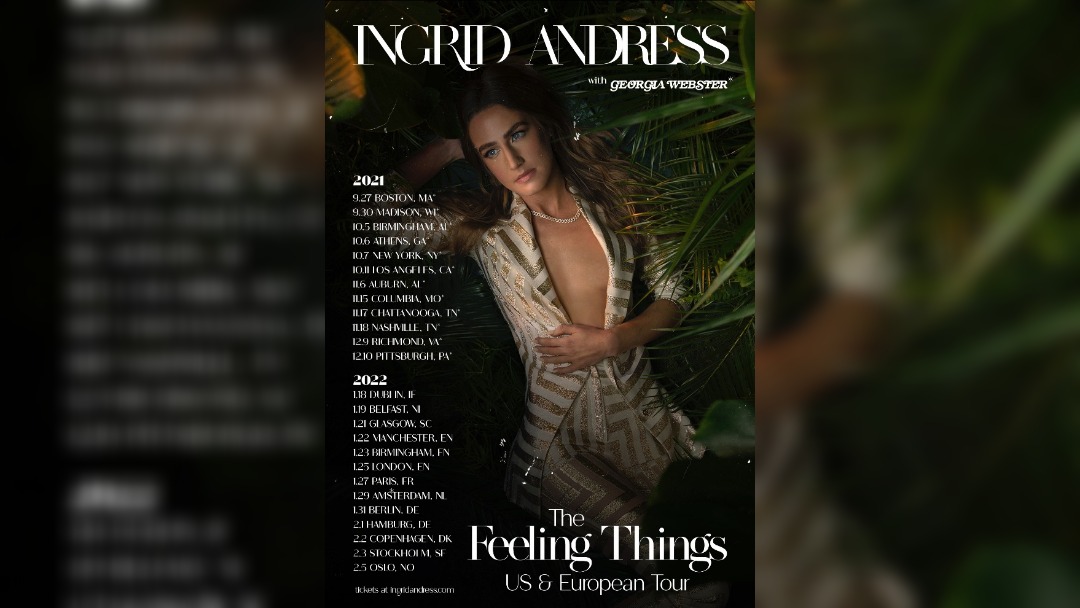 Ingrid Andress has announced a US and European This Feeling Things tour including a Manchester gig at Gorilla.

The tour kicks off in Boston this autumn before heading over to Europe where she will play six UK and Ireland dates.  She will headline a Manchester gig in January 2022.

The run of dates gives Ingrid Andress the opportunity to bring her Grammy nominated debut album to the UK.  “I’m so excited to bring my debut album, Lady Like, to the stage and perform these songs that have been such a huge part of my life for the past few years,” said Andress. “More importantly, I can’t wait to see all the fans that I’ve been missing for the last 18 months. As a songwriter, the human connection is one of my favourite parts of the whole experience of touring, so I’m really looking forward to that.”

Ingrid Andress released her debut album Lady Like in 2020.  The album was entirely co-written and co-produced by Andress and received quick critical acclaim.

When does Ingrid Andress headline at Manchester’s Gorilla?

When do tickets go on sale for Ingrid Andress’ UK tour dates?