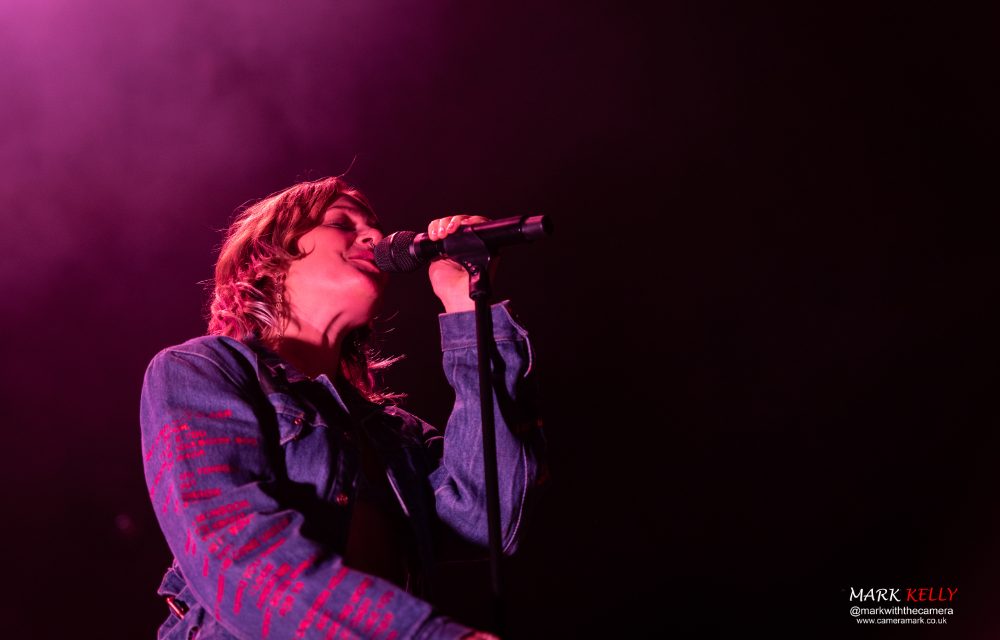 After releasing her latest album Sunshine Kitty, Swedish pop star Tove Lo has hit the road hard.  A series of dates dotted around the world at the end of 2019 has been followed by a strong US run and now her European tour.

Circumstances around the world and even a fractured ankle haven’t been able to stop her.  And at Manchester’s Albert Hall, the moon boot was off and she was dancing and moving as hard as the crowd.

Before she steps on stage though, support comes from Millie Turner.  On only the second night of the tour, she already looks incredibly comfortable in front of a near capacity Albert Hall.  Energetic, with a strong voice, she quickly and easily has the crowd supporting her.  She moves comfortably around the stage as she performs her set, finishing with her strong and anthemic new single Jungle.  It’s fair to say that she has won over a fair few new fans, myself included.

As Tove Lo comes out, the atmosphere pops.  Opening with Glad He’s Gone, she’s off to a fast start, shaking and grinding away much easier now the boot is off.  The crowd are immediately singing along to every word.  Throughout the long set there are constant cheers, fans dancing away, screaming with delight.

It’s hot and sweaty in the venue and on stage Tove Lo looks like she’s having the time of her life.  Dressed in a bikini, ripped tights and a denim jacket, she beams with delight at the sight of the audience and her surroundings.  “This venue is fucking sick” she exclaims.

She’s unafraid to be controversial as she demonstrates through her lyrics, she’s brutally and unapologetically honest and the crowd love her for it.

The set is predominantly upbeat and she confidently pounds through songs including Bad as the Boys, Cool Girl and Shifted before declaring that she is moving on to the dance section of the set with Influence.

Taking a swig of beer from her bottle she brings on dancers to join her in front of the largely back-lit set.  The crowd lap it up.  The three of them dance away, in front of the bright stage, keeping the atmosphere at its height throughout.

She again has the whole venue bouncing for Jacques.  Dance vibes are fuelling Manchester’s Albert Hall and there’s practically an eruption as she introduces stand out track Talking Body.

But there’s also ample variation.  She slows things down at various stages in the set, pulling the tempo back for Really Don’t Like U and even taking to the keyboard to perform a beautiful solo rendition of Moments which the crowd delights in singing back to her.  She introduces Hey you got drugs? as a ballad, almost laughing at the concept, and performs a hugely atmospheric version of True Disaster.

But it’s the dance tracks which have the audience going the most.  Grungy, dancey, upbeat and sweaty, she keeps the crowd going.  Disco Tits in particular drives the audience wild.