In Review: Swan Lake by the Moscow City Ballet 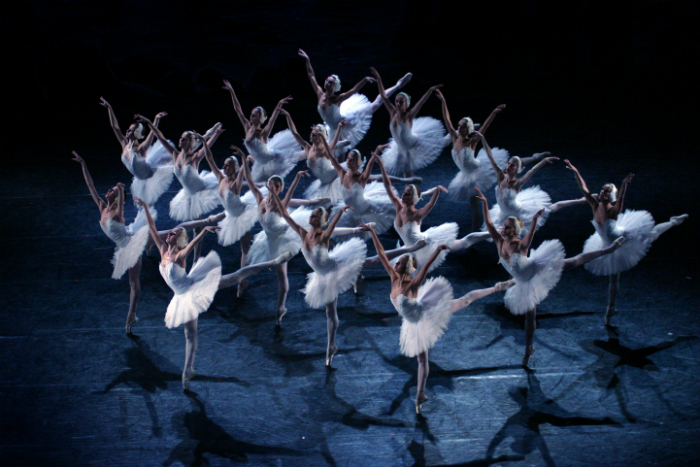 The Moscow City Ballet has built itself a sterling reputation through strong performances of some of the world’s most popular ballets and is currently in the UK presenting four of the most popular – Swan Lake, Giselle, The Nutcracker and Romeo and Juliet.

On the second of a three night residence at Manchester’s Opera House it was Swan Lake, the company’s most famous offering, which was performed in front of an eager crowd.

Swan Lake is one of the most performed of ballets, entrancing audiences worldwide – a magical love story accompanied by Pyotr Ilyich Tchaikovsky’s majestic score and some of the most beautiful ballet an audience can see.

Tchaikovsky’s masterpiece tells the story of Odette, the Princess turned into a swan by a curse cast by the diabolical Von Rothbart.  She is only able to regain her human form at night, at which point she steels the heart of Prince Siegfried.  Of course the curse may be broken if Siegfried can remain faithful to her, but Von Rothbart conspires to trick Siegfried into breaking his vow of love to Odette through his own daughter Odile, the black swan, who is disguised as Odette.  It’s a classic good versus evil tale of love and deceit.

Against a wonderful stage setting and adorning truly magnificent costumes designed by Elisaveta Dvorkina, the Moscow City Ballet put on a stellar show.

With Talgat Kozhabaev and Liliya Orekhova in the lead roles of Prince Siegfried and Odette/Odile, they showed their incredible talent for ballet, with flawless controlled performances which dazzled – not least the stunning fouettés on the part of Orekhova, which brought cheers from the audience.  Whilst technically, their performances were excellent, the chemistry between the two was not as strong as other productions and Orekhova’s contrast between the pure Odette and deceitful Odile could have been emphasised a little more.

Daniil Orlov was also strong as the evil Von Rothbart.  Although his presence slightly lower key than expected, he conveyed intrigue and menace, pulling strings behind the scenes and interacting wonderfully during the final scenes with Siegfried and Odette.

But the standout performance was from Valerij Kravtsov as the jester, whose energy was unquenchable, with spirited jumps which defied belief and some excellent humorous moments.

However, perhaps the most captivating scenes did not actually centre around the pivotal characters – the Pas De Trois, which was performed beautifully and delicately, and the imperious dances of Act III drawing on Spanish, Neapolitan and Hungarian influences amongst others were phenomenal.  And in addition to these, the sight of the sixteen white swans all moving in complete unison together was spellbinding.

Tchaikovsky’s iconic score does allow for a formidable performance and the Moscow City Orchestra’s rendition was strong and controlled, although we could not help but feel that they held back slightly.

Overall, the performance was strong and left the audience feeling fulfilled by one of the most magical ballets in existence.

In Review: Swan Lake by the Manchester City Ballet (Northern Ballet School)
In Review: Rigoletto at the Opera House
In Review: Fame The Musical at the Lowry Theatre