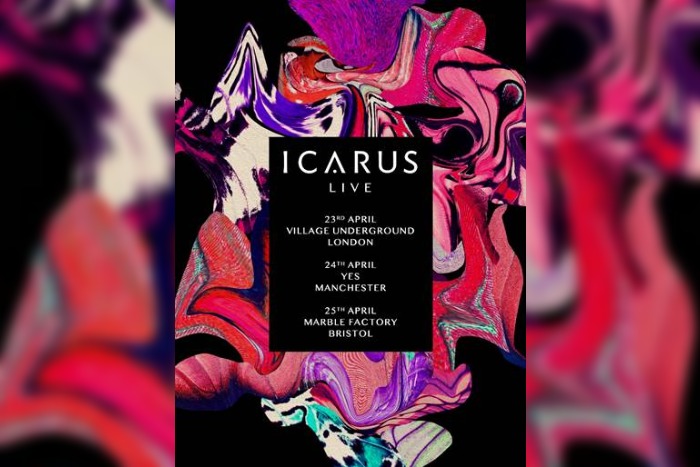 Electronic duo Icarus have announced a run of live dates for April 2020 including a Manchester gig at YES.

The announcement follows the release of their latest single Dreams Of You.  The track features British alt-pop star Rae Morris.  Dreams Of You was released on 4 October via Parlophone.

Icarus are set to headline three shows in London, their hometown of Bristol and at YES, Manchester.  Launching their live show last year, Icarus have since taken the show on tour supporting rising stars RÜFÜS DU SOL, as well as their own 5-stop UK tour in April earlier this year. A typically stacked summer schedule has seen the duo perform in Ibiza, as well as festivals including Parklife and Annie Mac’s Lost & Found.

Made up of Bristol brothers Tom and Ian Griffiths, Icarus shared a long journey through the outer realms of electronic music before being signed to Pete Tong’s iconic FFRR imprint in 2015.

When do Icarus perform at Manchester’s YES?

When do tickets go on sale for Icarus’ UK tour?

Tickets for Icarus’ UK tour including Manchester gig go on sale at 9am on Monday 21 October.