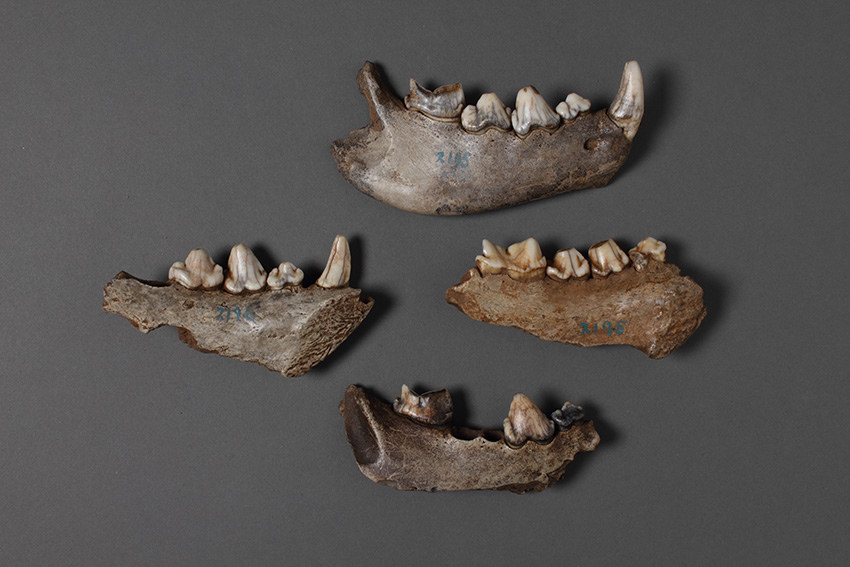 The latest research presented at Manchester Museum’s new exhibition shows that our closest relatives the Neanderthals were far from being the grunting savages in animal skins that are so often represented in cartoons and films.

Using material from Manchester Museum’s archaeology collection an object in focus display from the Natural History Museum, Humans in Ancient Britain: Rediscovering Neanderthals shows how Neanderthals were remarkably successful because they survived for several hundred thousand years in Europe and Asia, extending as far as Siberia.

Brought to life by the latest reconstructions by French modeller Elisabeth Daynes, the exhibition shows that the Neanderthals’ thick brows, receding chin, large wide noses, shorter limbs and barrel chest were a result of adaptations to living in a cold climate.

When the ancestors of modern humans entered Europe about 40,000 BC, they encountered Neanderthals who had already lived there for tens of thousands of years. There was certainly some interbreeding, because genetic research shows that up to 4% of the DNA of people originating from Europe and Asia comes from Neanderthals. Neanderthals passed on resistance to diseases in Europe as well as susceptibility to certain conditions, including addictive behaviour such as smoking. We do not know for sure why Neanderthals became extinct. Perhaps the onset of the last Ice Age in combination with the arrival of modern humans was too much for them. But they didn’t entirely disappear because they live on in us.