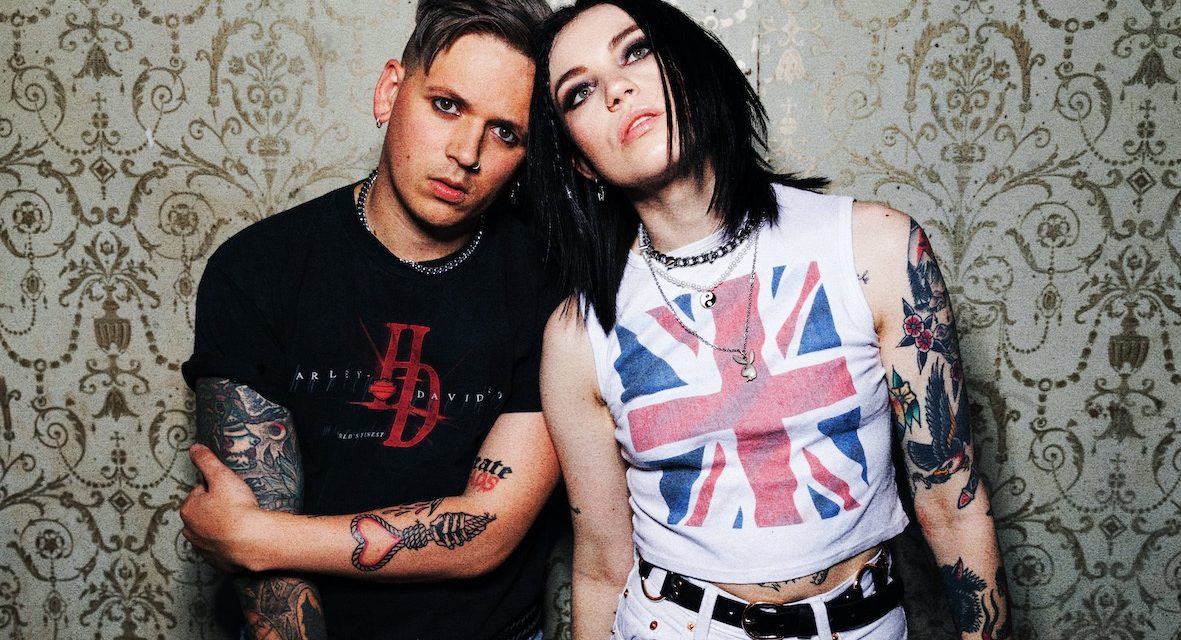 Hot Milk have also been confirmed as support for Foo Fighters later this year.

The band were formed in 2018 by vocalist and guitarist duo Han Mee and Jim Shaw, two friends who met working behind the scenes in the Manchester music scene.  The two yearned to be in a band themselves with Jim explaining, “We got to the point where we were why not? What else have you got to lose?  We thought, we can go for this or we can get to 60 and know we didn’t do right by ourselves.”  The line up is now completed by bassist Tom Paton and drummer Harry Deller.

The punk influenced ethos of Hot Milk has seen them play Reading & Leeds Main Stage, release two EPs (2021’s I Just Wanna Know What Happens When I’m Dead and 2019’s Are You Feeling Alive?).  They have also picked up more than 25 million Spotify streams in the process.  Hot Milk have also previously toured with Deaf Havana and You Me At Six.

Their music is brutally honest and inclusive, leading Han Mee to comment about 2021’s I Just Wanna Know What Happens When I’m Dead, “These songs are honest.  I have nothing to hide.  Everyone’s on anti-depressants these days.  It’s the world we live in, it makes people sad.  Capitalism.  Is it broken?  100 per cent.  I’m angry that the fact that we’re sold a world that actually doesn’t make your inner peace happy.  Humans need love and community and a lot of the time, there is no love and the community has dissolved.

“We’re angry, both politically and existentially in terms of the system we now live in.  But also we’re angry at the fact that we’re sad quite a lot.  But we’re trying to not just sit there and take it.  We’re trying to fix it, by building a family through this band.”

“Life is fragile,” says Jim. “You can’t take things with you, but you can make the best memories. That’s the most important thing in life. Your currency is your memory.” “What you can take with you is something that absolutely makes the blood pump round your veins and gives you goosebumps,” agrees Han. “That’s what this band is to us. It’s our passion”.

Hot Milk support Pale Waves at their Manchester gig at the O2 Victoria Warehouse on 1 March 2022.