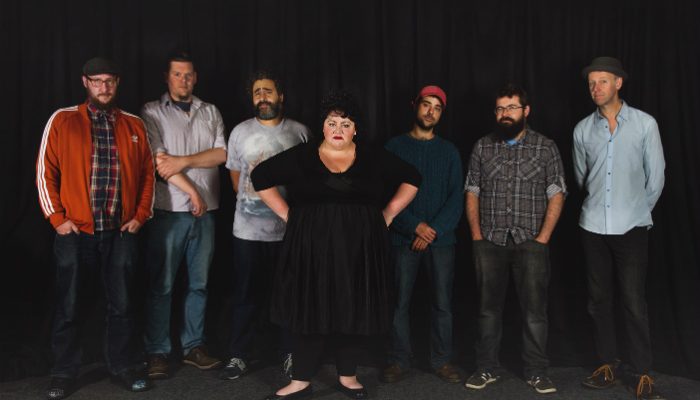 Honeyfeet bring their ever evolving sound to Manchester’s Royal Exchange Theatre next week after previously selling out Band on the Wall and Gorilla.

‘Folk-hop’, ‘Barrelhouse-pop’, call it what you will, Honeyfeet have spent the last 10 years taking festival stages, clubs and venues by storm with their mix of blues, pop, jazz and disco.  And throw in some folk.  And hip-hop.

In recent years, Honeyfeet have performed main stages at Shambala, Beautiful Days, and Belgium’s Copacobana Festival, along with wowing audiences at Glastonbury, Boomtown, Wilderness, Germany’s Kultursommer, Kendal Calling and Bimble Bandada, as well as selling out shows across the country.

The band released their latest album Orange Whip in March 2018 and the album was quickly picked as BBC 6 Music’s Album of the Day in April 2018.  The band have also recently performed a live session for Craig Charles’ Funk and Soul Show on 6 Music.

When do Honeyfeet play at Manchester’s Royal Exchange Theatre?