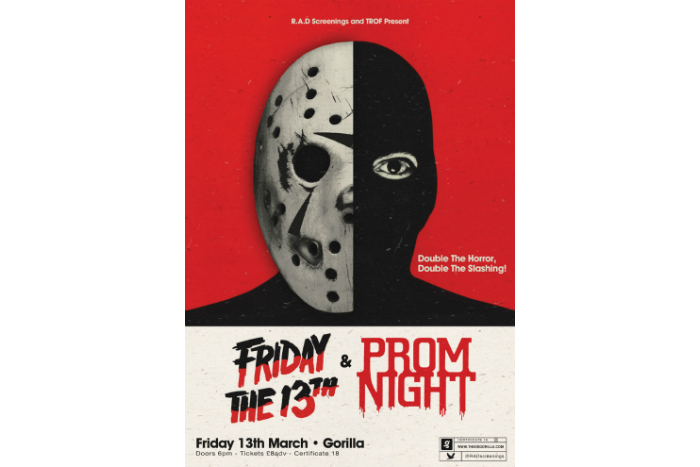 Back to Back Movies at Gorilla

Grimm Up North are set to hold a slash double-bill on Friday 13th March.  The event, hosted at Manchester’s Gorilla, is set to feature two classic ’80s slash movies – the iconic Friday The 13th and Prom Night.

Friday The 13th (1980), which spawned numerous sequels and remakes, sees the hapless counsellors of Camp Crystal Lake, the site of a child’s drowning, set up for another Summer of new campers and activities, but finish up running for their lives as they are stalked by an unknown assailant.  A very angry serial killer has set up camp too and is about to pile the bodies up high.  Regarded by many as the benchmark for slasher movies, it’s filled with imaginative death scenes, horror, suspense and more gore than many can handle. 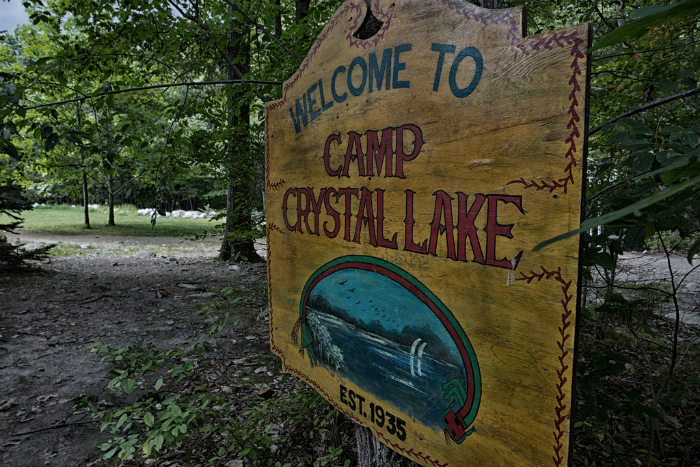 Prom Night (1980), starring scream queen Jamie Lee Curtis, is another movie which found itself being remade and also gave rise to several sequels.  To the background of an awesome disco-fuelled soundtrack, a group of teens celebrate prom, but whilst for the average American teen this means a night of tuxedos, limousines and dancing, for these unlucky students it’s all axes and death as their bodies soon start to line the high school halls. 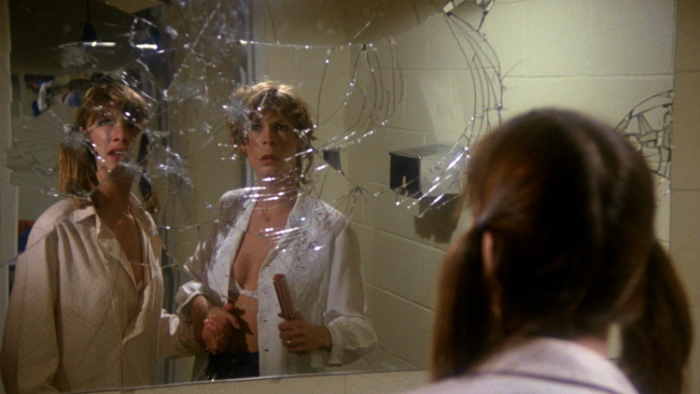