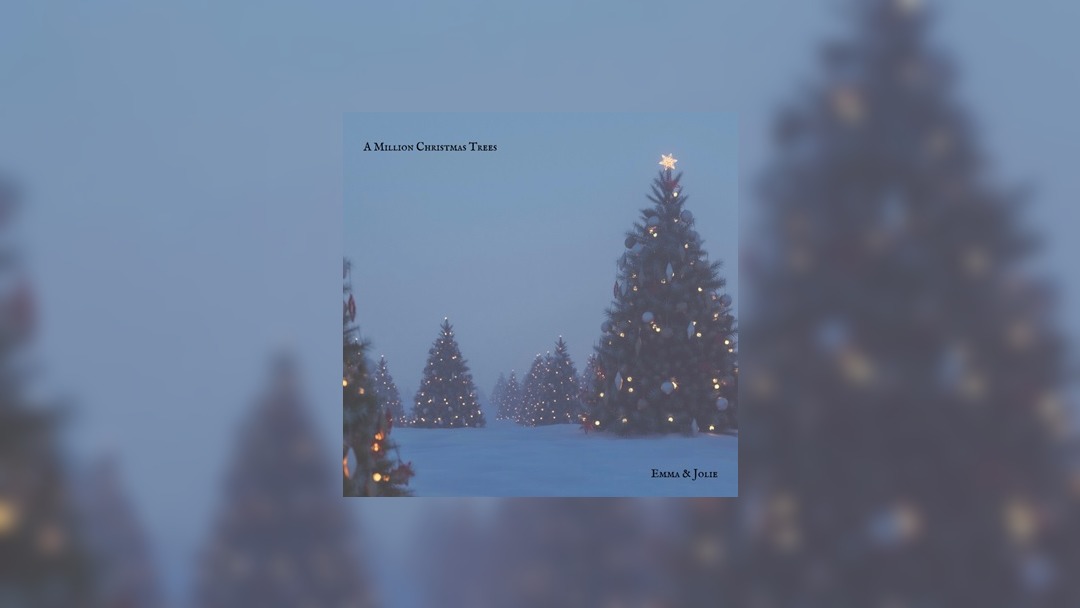 The track focuses on a traditional Christmas in London, featuring references to the Tube, Hyde Park and Oxford Circus whilst drawing in the many sounds and visuals associated with Christmas.  In A Million Christmas Trees, Emma & Jolie delve in to being in love at Christmas and spending the season with the one you love – “I don’t need Santa to fit down the chimney, when you’re the best present, that I’ll ever receive”, they sing.

Having first met at music college in 2015, the pair were instant best friends, bonding over their shared love for Taylor Swift, and have been inseparable ever since. When they started writing songs and recording covers together for fun, it very quickly became apparent that they captured something very special as a duo and that was just the start of their musical journey together.

Since then they burst on to the UK Country music scene in 2020 with debut single I Don’t Need A Man which hit the number one spot in the UK Country iTunes Chart, registering at number 32 in the All Genre iTunes Chart.  More high charting singles have followed since then including October’s release All That Glitters.  They have also collaborated with Grammy Award winner Josh Kerr and appeared at Buckle & Boots Country Music Festival, Nashville Meets London and Song Suffragettes (Nashville) as part of CMA Week.