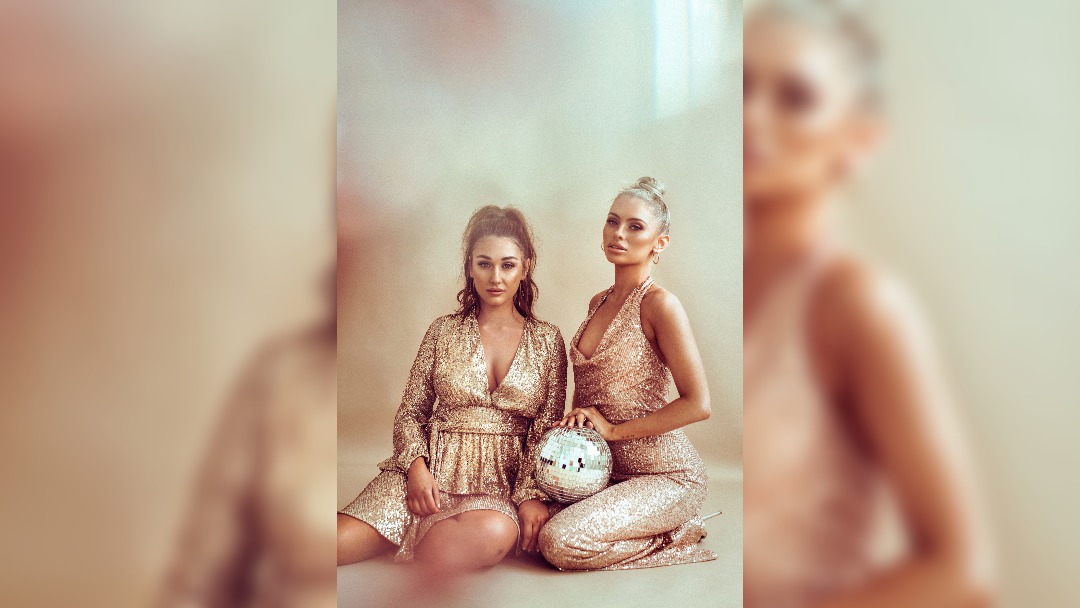 Since bursting on to the UK country scene in 2020, Emma & Jolie have attracted support from the likes of BBC Introducing and Absolute Radio Country.  They’ve landed on Spotify playlists, performed as part of CMA Week for Song Suffragettes in Nashville, hit the stage at Nashville Meets London, Buckle & Boots and Tennessee Fields.

Now, following their debut single I Don’t Need A Man and follow-up Cry For You, the duo are back with new single All That Glitters.

“We originally came up with the idea All That Glitters isn’t Gold meaning sometimes, even though somebody can seem amazing, shiny, wonderful…they really aren’t!” explain the duo “They are just fools gold! We wrote the song in lockdown with Adam Fitzgerald and as soon as we finished writing we knew this was going to be our next single and have been so excited to release it ever since.”

All The Glitters comes across as lighthearted, featuring an upbeat feelgood vibe, blending dance, pop and country to strong effect.  However, lyrically it reaches a deeper level, talking of hiding a relationship from friends, red flags and the inevitable pain by the end of the week.  It’s a track which is equally at home on country radio and pop music hitlists, channeling the likes of Kacey Musgraves and Taylor Swift as well as Ariana Grande and Dua Lipa.  This is definitely not just a track for country music lovers as it promises to cast a wide net, but it will deservedly put Emma & Jolie at the forefront of country pop marking a signal of intent.