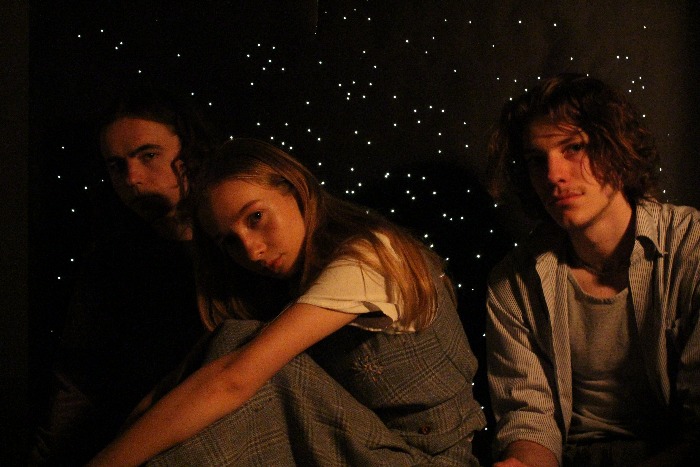 Drug Store Romeos have announced a run of socially distanced gigs for February 2021 including Manchester’s YES.

The five shows will open at Birmingham’s Castle and Falcon before taking in Leeds, Glasgow, Manchester and London’s Omeara.  The Manchester show marks a return to the YES, where Drug Store Romeos played an entrancing set at Neighbourhood Festival 2019.

The announcement comes as the trio reveal the video for latest single Jim, Let’s Play.  The single premiere on BBC Radio 6 Music as Lauren Lavern’s While You Were Sleeping Track.

Jim, Let’s Play carries on Drug Store Romeo’s run which established this as one of the most innovative bands of the moment, whilst touring with the likes of The Orielles, The Big Moon and Soccer Mommy has helped them to garner attention from tastemakers and fans alike.

Drug Store Romeos have described Jim, Let’s Play as the turning point in their journey as they eschew reverb-heavy dream pop and embrace minimal soundboards of synthesiser and vocals.  The track is also an homage to Boston songwriter The Space Lady, who inspired generations of underground musicians with her Casio-led pop, as the band’s Sarah Downey explains, “We were improvising with the cut-up method in my bedroom when, all at once the words ‘Jim’ and ’Lets play’ jumped out of the cut out word sheet onto a melody that caught it in the air. The Space Lady fans would be pleased to hear the lady herself approves this message (we sent her the song and she gave it the go-ahead!). At the time of writing we were all in awe with her Greatest Hits album. She greatly influenced our evolving sound and we felt it right to leave a little thank you to her in one of our songs.”

When do Drug Store Romeos perform at YES Manchester?

Drug Store Romeos perform at YES Manchester on 18 February 2021.  The Manchester gig is one of five dates they have announced: