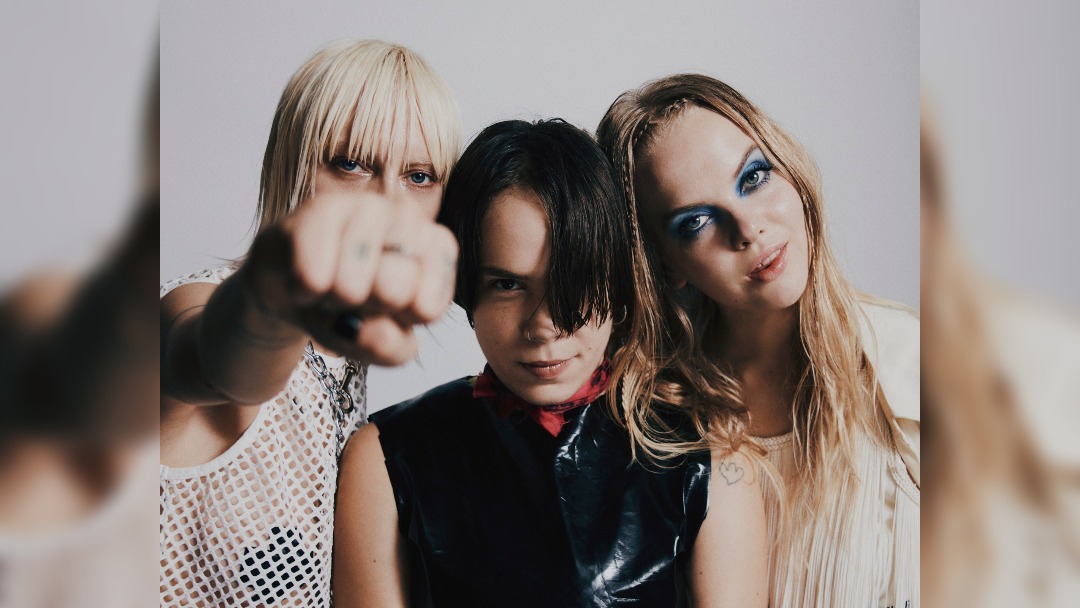 Dream Wife have announced a 12 date UK tour for March 2022 including a Manchester gig at Gorilla.

The London based trio (vocalist Rakel Mjöll, guitarist Alice Go, bassist Bella Podpadec) were originally set to play the dates in April 2021, but have been forced to reschedule.

The tour follows the release of the Dream Wife’s second album So When You Gonna… which debuted at number 18 on the UK Album Charts and was placed number 1 in the Official Record Store Chart of Independent Retailers.  The album was the only one in the top 20 to be produced by an all womxn/non-male engineering team and the only non-major label release.  The Marta Salogni produced and mixed album was also listed as one of the Top 10 Albums of 2020.  So When You Gonna… addressed topics such as miscarriage and gender equality.

When do Dream Wife headline at Manchester’s Gorilla?

Support on the tour comes from Lucia and The Best Boys.

All tickets for the original shows remain valid with additional tickets currently on sale.