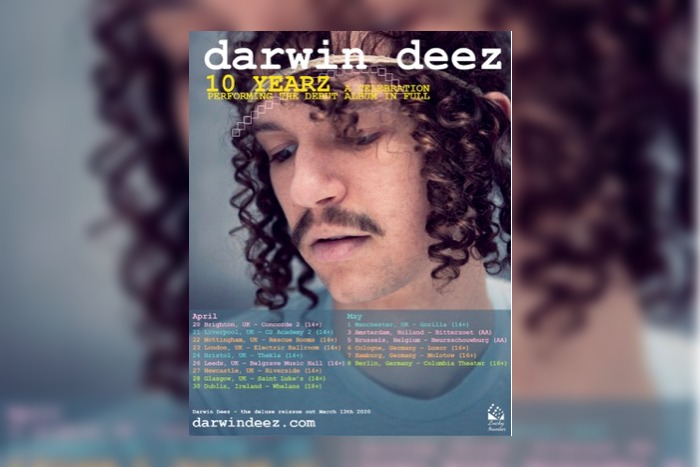 Ten years after releasing his debut album, Darwin Deez will celebrate its anniversary by re-releasing the album and performing it in full on tour.

Upon its release in April 2010, his self-titled album earned huge praise from media around the world.  The album was championed by BBC Radio 1, the NME and countless other taste-makers and led to him being dubbed the 10th coolest musician on the planet.

The album was recorded in his own apartment using only a PC and cheap microphone as he became the ultimate indie bedroom artist.  Stripped down, simple tracks became ‘happy songs for sad people’.

Ten years on from the release, Darwin Deez is now re-releasing the album in deluxe formats and performing it in its entirety on his “10 Yearz” tour.

The tour will see him performing 10 dates around the UK and Ireland, culminating in a Manchester gig at Gorilla.

When does Darwin Deez headline at Gorilla?