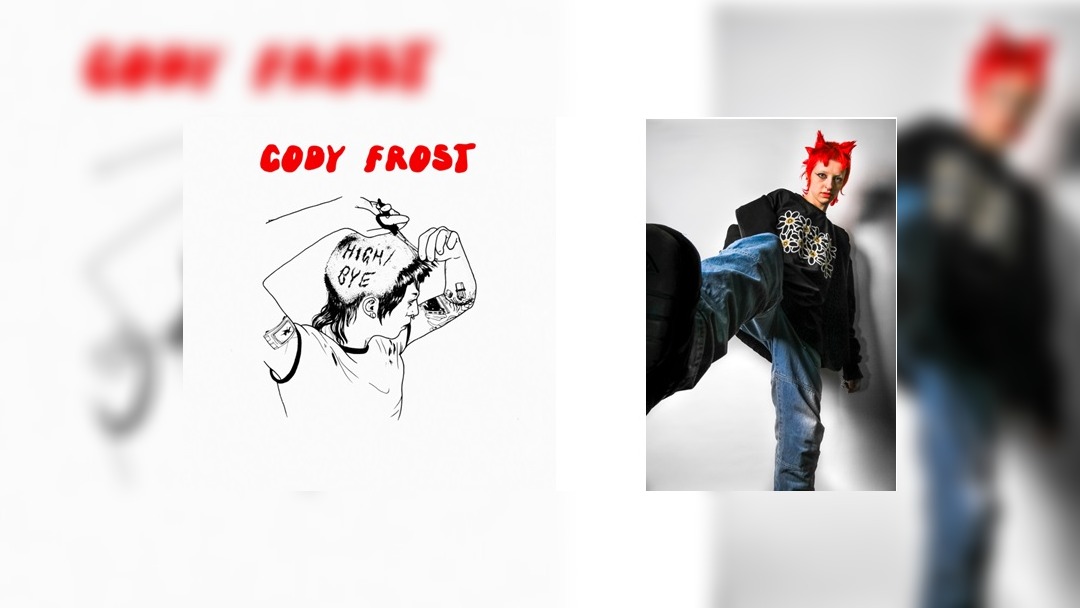 Cody Frost has shared her second single High/Bye, with the track featuring on her upcoming debut EP.

High/Bye is accompanied by an official video, directed by Naomi Kane who also directed her debut single Verbal Warnings.

Speaking about High/Bye, Cody Frost explained, “High/Bye is about that period in your life when you think you might be growing up.  When your friends all move to different areas for uni, and when you see them again the conversation is stale and weird. But I didn’t go to uni, so this is based on my experience being stuck at home.”

The video marks a visual metaphor for Cody Frost’s personal experiences of being left behind.  The video was filmed at a bar in Burnley where she worked, and brings through her sense of disillusionment and loneliness with Cody Frost the only real person at a bar filled with dummies.

Living in Burnley, Cody Frost’s path into music started covering Frank Ocean, Nirvana and Slipknot on YouTube, and busking in Manchester – but it took a while to realise that her passion could become her future. That all changed when she was diagnosed with ADHD. Now able to manage some of the problems that had beset her, it gave Cody the clarity and confidence to hone in on her music with a powerful focus.

Cody Frost’s debut EP is due to be released in summer 2021.