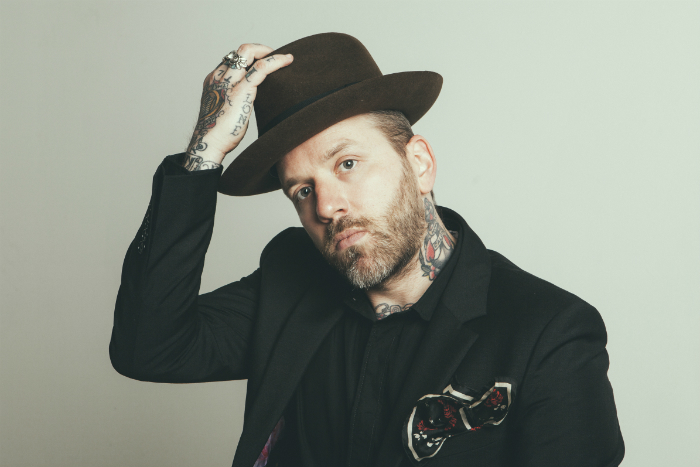 Singer, songwriter and performer City and Colour (Dallas Green) has announced a series of UK tour dates in support of his new album If I Should Go Before You, which is due for release on 9 October.  The tour will find the singer performing alongside his touring band of Jack Lawrence (The Raconteurs, Dead Weather) on bass, Dante Schwebel (Spanish Gold, Dan Auerbach) on guitar, Doug MacGregor (Constantines) on drums and Matt Kelly on pedal steel guitar and keys at Manchester’s Albert Hall on 20 February 2016.

If I Should Go Before You is Green’s fifth release as City and Colour and follows 2013’s The Hurry and The Harm, which received widespread critical and commercial praise. The album debuted at #1 on Canada’s Top 200 Chart, #4 in Australia, #16 in the U.S. and #32 in the U.K. – all career highs.

Most recently, in 2014, Green collaborated with international superstar Alecia Moore (aka P!nk) on a new project, entitled You+Me. The duo’s acclaimed debut, rose ave. debuted at #4 on the U.S. Top 200 Chart, #1 in Canada, #2 in Australia and #6 in Germany.

Tickets for City and Colour performing at Manchester’s Albert Hall on 20 February 2015 go on general sale at 9am on 31 July priced at £25 plus booking fee.

In Interview: The Shires
In Review: Girl Friend at The Ruby Lounge
In Review: Elevant at The Fallow Cafe