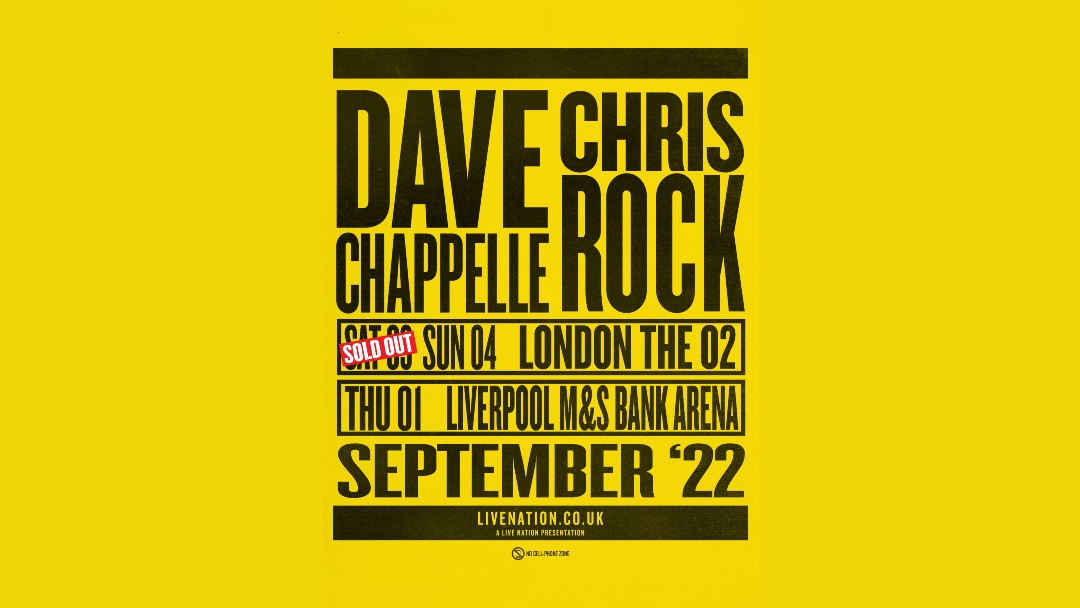 As well as the Liverpool show they will perform two nights at London’s O2 Arena.

Recognized as one of the greatest comedians of all time, Dave Chappelle was awarded the prestigious Mark Twain Prize for American Humor from the John F. Kennedy Center for the Performing Arts in 2019. Chappelle’s work in stand-up comedy, writing, producing, and acting has earned him more than 30 nominations and awards in television and film for projects that include his groundbreaking sketch comedy television series, Chappelle’s Show, guest appearances on Saturday Night Live, and his comedy specials, most recently earning his fifth Emmy Awards in 2021.

Lauded by peers and critics alike, Chris Rock is one of our generation’s strongest comedic voices. With a career spanning more than three decades, Rock has enjoyed ongoing success in both film and television as a comedian, actor, writer, producer, and director. Rock recently wrapped production on the upcoming Higher Ground produced biopic, “Rustin” and David O’Russell’s Untitled film. He is also set to direct an Untitled Chris Rock project in 2023.

When do Dave Chappelle and Chris Rock perform at Liverpool’s M&S Bank Arena?

When do tickets go on sale for Chris Rock and Dave Chappelle’s Liverpool show?

Tickets go on sale for Chris Rock and Dave Chappelle’s Liverpool show on Friday 5 August at 10am.