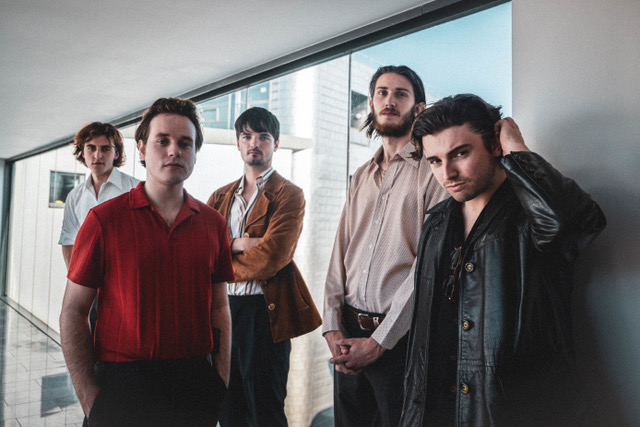 Manchester and Yorkshire band Children of the State are following up their latest singles with a new EP.

The uniquely titled Tragic Carpet and the Magical Wasp Gang from Notre Dame is due for release on 20 November.

The new release follows the success Children of the State have enjoyed in 2020 with their singles Hot Money and Big Sur.  The four-track EP was recording at Liverpool’s Parr Street and Elevator Studios alongside The Coral’s Ian Skelly.  The EP takes a journey in to the band’s darker side witnessing a wave of post-punk infusion, paranoia and unease as they strike out in a new direction.

The band has this year relocated to Manchester to immerse themselves in the incredible local music scene and has scored massive support from the likes of BBC Radio 1, BBC Radio 6 Music, Radio X, DIY Magazine and CLASH Magazine.  The band have also previously landed support slots alongside The Mysterines, Elephant Stone, Temples and festival appearances at Tramlines, Circafest and YANA Festival.