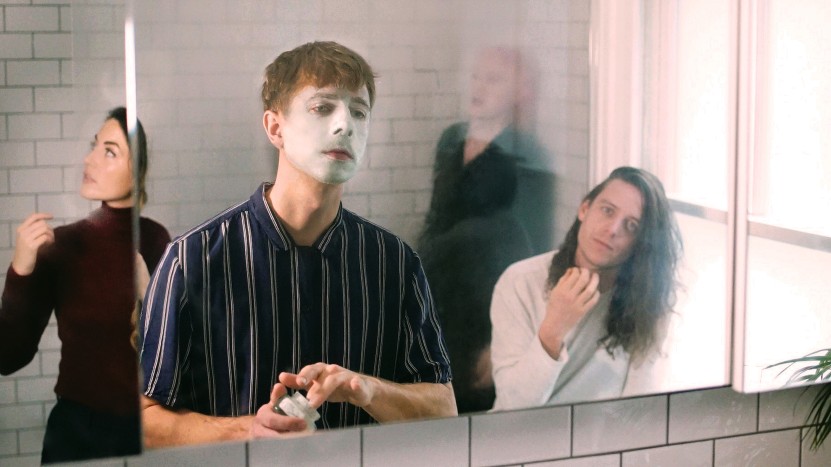 Childcare will kick of their Fare Well Tour at Manchester’s Deaf Institute, one of seven UK shows they are performing.

The Fare Well Tour comes in support of their debut album Wabi Sabi and runs alongside their Get Well Soon project, a wellness mission involving Personal Glory retreats, agony activist discussions and woah-man workshops.  Fans can expect to go on a self-healing quest of discovery, whilst listening to the band’s left-field psych.

Childcare were formed by Ed Cares, formerly one of West London’s most in-demand male nannies. Ed enlisted local musicians Emma Topolski (bass/vocals), Rich Le Gate (guitar) and David Dyson (drums) to complete the group and they performed their first shows together at Reading and ​Leeds festival in 2016.  Their skewed, off-center, softcore psych has gained them eager fans across the continent and support from BBC Radio 1 and 6 Music, DIY, Indie Shuffle, Wonderland and The Line of Best Fit.

When do Childcare perform at Manchester’s Deaf Institute?

They are also set to perform at Neighbourhood Weekender Festival.