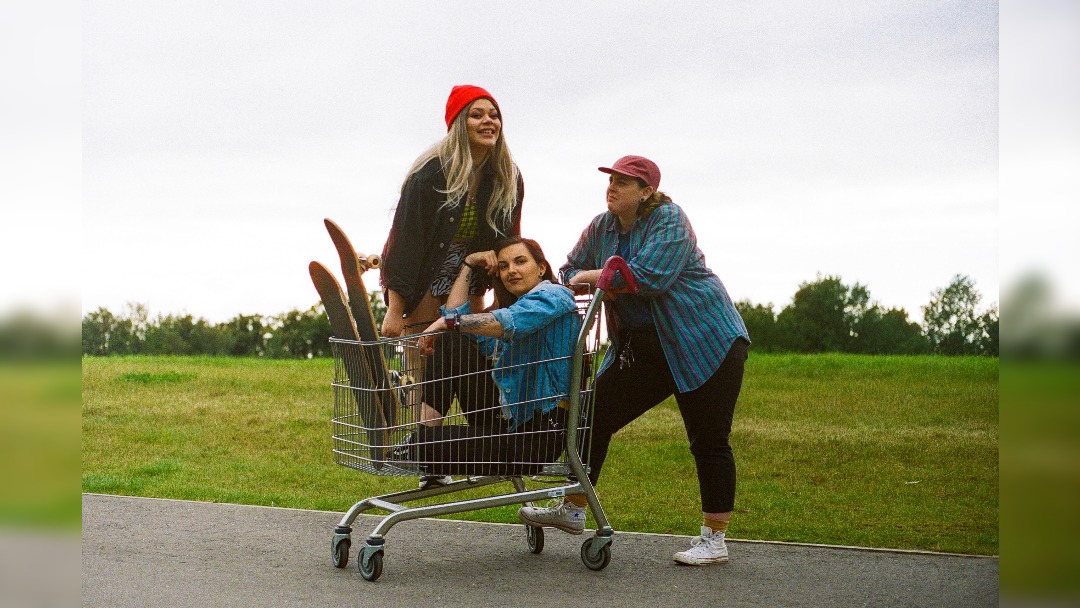 Fast-rising Northern Ireland trio Cherym are bringing their UK tour to Manchester’s The Talleyrand next week.

The 12-date tour comes in support of their new EP Hey Tori.  The run of shows opens tonight at London’s Paper Dress Vintage and includes gigs alongside ARXX and Brand New Friend.

Hey Tori was released on 1 October via Alcopop! Records and includes the singles Kisses On My Cards, Listening To My Head and We’re Just Friends alongside new tracks Gone Girl and She’s Enough Going On.

The pop-punk-rock trio have drawn influences from The Smashing Pumpkins, Bikini Kill, American Football, PUP and Pixies since meeting in college.  Starting out as a kick-back against the local music scene boys club, the trio have combined punk energy, pop hooks and swagger to rapidly rise through the music scene.  They have since picked up widespread support from music press and tastemakers as well as landing spots on an array of playlists, BBC Radio 1, BBC6 Music and Radio X.

When do Cherym perform at Manchester’s The Talleyrand?

Cherym perform at Manchester’s The Talleyrand on 12 October 2021.