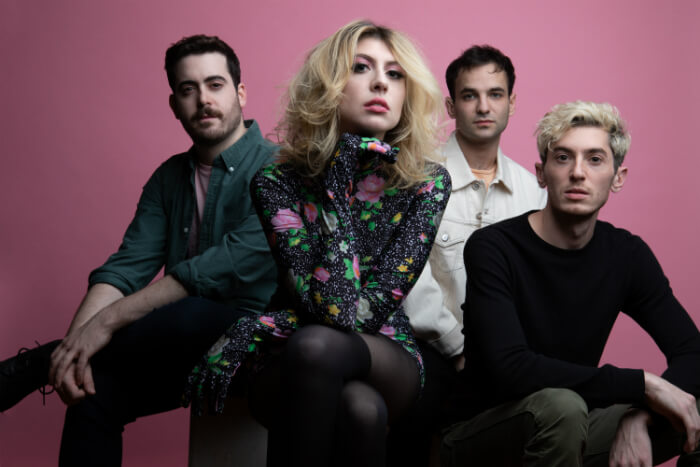 Charly Bliss will release their new album Young Enough on 10 May, the day after performing a Manchester gig at Night People.

The New York City band have just released the lead single Capacity, which singer Eva Hendricks explains is “a song about wanting to kill your inner people-pleaser”.  The video was directed by Michelle Zauner of Japanese Breakfast who commented, “Charly Bliss has always made great narrative music videos, so I wanted to stay in line with that tradition and take advantage of working with a band that are all such great, funny actors individually. I was watching a lot of heist movies at the time, and I thought a sort of post-heist fall out between friends was the perfect setting for this song about reaching your limit with someone. Eva had an amazing mood board she brought to the table with references to Paris, Texas, Five Easy Pieces and Badlands so it was important for us to showcase a warm, 70’s colour palette.”

The 11-track Young Enough will be released on 10 May through Lucky Number records and is available for pre-order.  The band are also set to return for a show a SXSW.

When do Charly Bliss headline at Night People in Manchester?