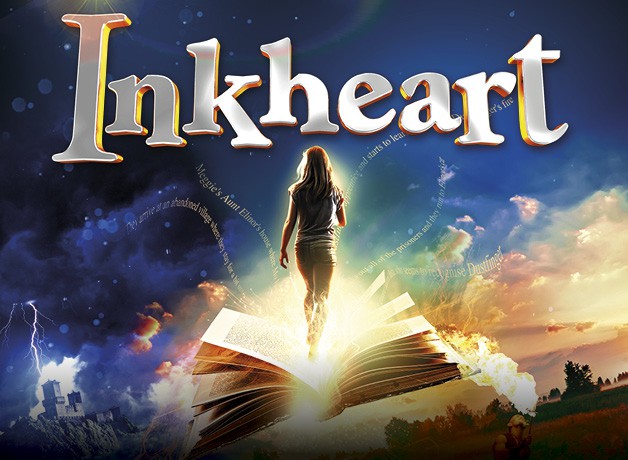 Director Walter Meierjohann has announced details of the cast of Inkheart, Home’s first Christmas show, which is due to run from 4 December until 9 January 2016.

The family production, based on Cornelia Funke’s worldwide best-selling fantasy novel will see Katherine Carlton taking the central part of Meggie, the 12-year-old hero drawn into a world of mystery, magic and adventure when the characters in her favourite books come alive.  Katherine graduated from the prestigious drama school LAMDA in 2013.

Inkheart has been adapted by Walter Meierjohann and Stephen Sharkey, and designed by Berlin-based French designer Stéphane Laimé. The music has been composed by Nikola Kodjabashia, who also worked on Romeo & Juliet last year.  “Inkheart will take you on a thrilling quest full of adventure, humour and charm,” says Walter Meierjohann, HOME’s Artistic Director: Theatre, “and our cast of 10 will make HOME’s first Christmas show one to remember. It is a magical story, full of imagination, and the celebration of that story-telling and imagination is exactly what HOME itself is all about.”

Also announced for the Christmas family spectable are Paul McEwan as Mo, her father, and Kelly Hotten who plays the role of Resa, Meggie’s mother, as well as the narrator of the story.  Andy Sheridan is set to play the part of fire-eater Dustfinger, whilst Rachel Atkins and Griffin Stevens, who appeared in Home’s Manchester Theatre Award-winning production of Romeo and Juliet at Victoria Baths in 2014 return to play Elinor, Meggie’s aunt, and Flatnose, one of a band of evil villains.

Flatnose’s evil partner-in-crime, Capricorn, will be played by Will Irvine, who made a huge impression in Angel Meadow, HOME’s first-ever production in Spring 2014. Angel Meadow won Best Production and Best Ensemble in the 2014 Manchester Theatre Awards. Veteran Scottish actor Kern Falconer plays Fenoglio, the wise old author whose characters leap off the pages of Inkheart and into the real world, Romania-born Andrei Costin, who appeared in Nottingham Playhouse’s UK tour of The Kite Runner, plays Farid, and finally, Darryl Clark, who has recently been playing a number of characters in The 39 Steps at the Criterion Theatre in the West End, plays Basta, who along with Farid is one of Capricorn’s two henchmen.

Author Cornelia Funke is set to be the special guest at Home’s Big Family Day on Sunday 13 December 2015 for a day of workshops, family-friendly theatre and films.  Clearly delighted to be joining proceedings, she commented “I will be counting the days to meet my characters in Manchester, brought to life once again, showing me new sides which I didn’t know about. I can’t thank HOME enough for bringing Inkheart to the stage. What a wonderful reason to come to Manchester!”

In Review: Musical Bites by Jazzgalore at the Dancehouse Theatre
In Review: West Side Story at the Palace Theatre
Manchester’s Winter Wonderland set to return