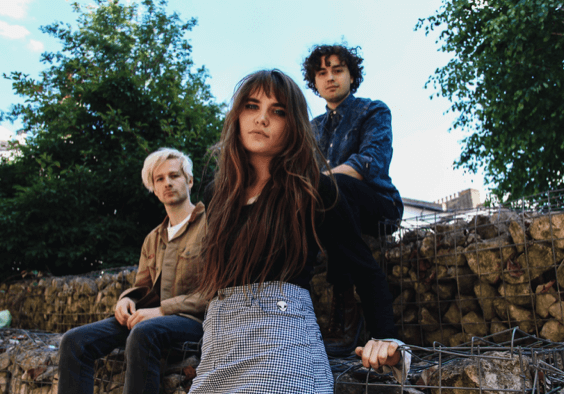 As Calva Louise prepare to perform at Manchester’s Neighbourhood Festival, the trio have announced their debut album Rhinoceros.

Rhinoceros is set to land on 1 February via Modern Sky Records and features lead singles Outrageous and I Heard A Cry.

Flourishing within London’s thriving punk scene since their formative days, the band’s (one part Venezuelan, one part Māori and another part English) tenacious live reputation has already earned them tour supports alongside Spring King and Anteros, in addition to Albert Hammond Jr and an upcoming UK tour with The Blinders.

Speaking about the upcoming release, the three-piece commented “Our debut album is called Rhinoceros, in reference to a particular aspect of the work of Eugène Ionesco. In the lyrics of these ten songs we show our perception as young people, partly foreigners, who try to fit in and belong to something and somewhere in this globalized world. However, we have realised that our greatest motivation is the challenge of adventure, of penetrating into the unknown, and being authentic allows us to feel free to follow our own path, without ceasing to belong to this world, which is the reality”.

When do Calva Louise perform in Manchester?

The announcement comes as Calva Louise head out on the road for a huge run of dates including three Manchester gigs.

The trio will perform at Manchester’s Gorilla on 4 October supporting Hunter & The Bear, feature at Neighbourhood Festival this weekend and then return to Manchester to support The Blinders at Manchester Academy 2 on 15 October.