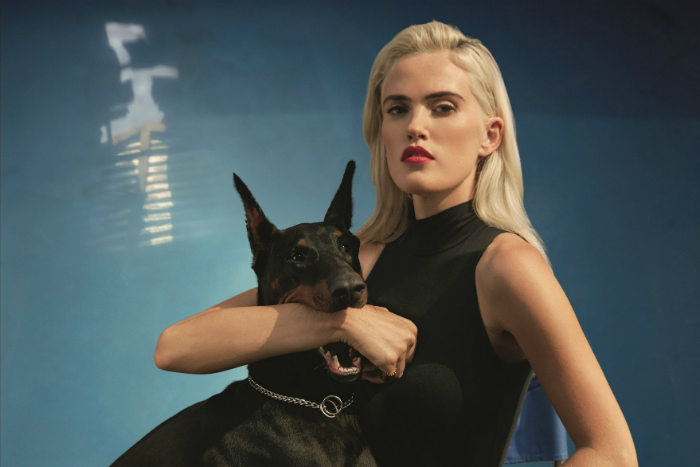 Betsy has announced details of a European tour in support of her self-titled debut album.  The tour will include a Manchester gig at Gorilla.

Betsy’s debut album is due for release on 29 September via Warner Brothers.

Betsy was born on a goose farm in rural Wales, finding her voice from campfire sing-alongs and the local Eisteddfod (where she boldly covered Rage Against The Machine) to the powerhouse vocalists within her parents’ vintage record collection. Keen to pursue a career in music – but knowing nobody in the industry – she was encouraged by her hard-working family to find a fall-back, and moved to London to study fashion design at Central St Martins. One distraction led to another when Betsy was invited to design catwalk for the Balenciaga in Paris: an intense, exhilarating experience filled with fascinating characters, but one that ultimately ate into her songwriting. And so Betsy returned to Wales, swapping what many of her peers deemed the job of a lifetime for making music in a grotty caravan in her brother’s garden (which you can glimpse across much of her artwork).

Over the run of her acclaimed early singles – ‘Fair’, ‘Lost and Found’, ‘Wanted More’ and ‘Waiting’ – Betsy has staked her claim as a star in the making.  Her debut album is filled with influences across film, art, fashion, travel and relationships.  She crosses elements of churchy soul, euphoric dance and soaring power ballads, ‘It’s important to have your look, your thing, to be so recognisable that a child could draw you and you’d still know who it is,’ she says.

Where and when does Betsy play in Manchester?

When do tickets for Betsy at Manchester’s Gorilla go on sale?

Tickets for Betsy performing at Gorilla, Manchester, go on sale at 9am on Friday 28 July.