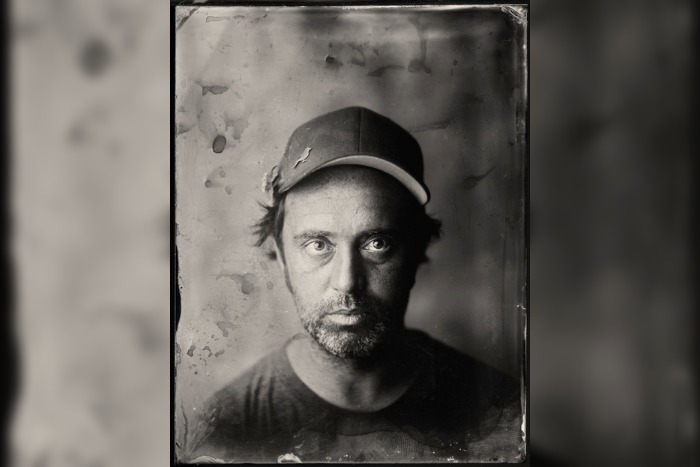 Beans On Toast will headline at Gorilla, Manchester, this Valentine’s Day bringing his new rock’n’roll protest album to the live stage in Manchester.

The album is a collaborative project between Beans on Toast and Lewis & Kitty Durham from the much-loved band Kitty, Daisy and Lewis.  Beans wrote the collection of songs with Lewis and Kitty then rewriting the music behind the lyrics and producing the album in their Durham Sound Studios, changing the sounds from acoustic folk to rock’n’roll.

The album takes inspirations from the likes of Churck Berry and Otis Redding as well as Noah Yuval Harari and Greta Thunberg.

The album was recorded entirely on vintage, analogue equipment, with computers completely avoided during the recording, mixing and mastering of the album.

The Inevitable Train Wreck sees Beans on Toast taking on the likes of the rising of artificial intelligence, wars of the future and a ruined planet.

Speaking about the album and working with Lewis and Kitty, Beans on Toast commented, “Lewis and Kitty are musical geniuses and I’ve never known anything quite like it. I was singing into a microphone that Lewis had built himself, that was plugged into a whole array of vintage equipment he’d salvaged and saved over the years, which then all went into a mixing desk he’d built out of an old piano lid. On top of knowing how to build this equipment, he knows how to use it all and after presenting him with my songs, he had a clear idea of how he wanted them to sound. This sound was brought to life by Kitty, who played guitar (built by Lewis, obviously), bass, drums, percussion and harmonica throughout the record. One of the most soulful musicians I’ve ever had the pleasure to work with. Every note she plays oozes with feeling. She makes it look so easy!”

“My last album was about the world on my doorstep, mainly focusing on the birth of my daughter and my family life. For this record, I turned my attention back out towards to world, and it didn’t look good. The 6th mass extinction of life on earth, divisive politics, the rise of Artificial Intelligence. It was all looking pretty bleak to be honest, and that’s what I started writing about. If the songs were gonna have this apocalyptic outlook, I figured it would be better to present them in a happy way, and came up with the idea of making a rock ’n’ roll record. Soon as the idea struck I knew who to ask. I’ve been a fan of Kitty Daisy & Lewis for a long time and first met them back in my Nambucca days when they were kids. Fate came into play and I bumped into Lewis on a train last year.”

“So much Love has gone into this record. I’m proud of it and hope you folks enjoy it before everything goes to sh*t.”

When does Beans On Toast headline at Gorilla, Manchester?

Beans On Toast headlines at Gorilla, Manchester, on 14 February 2020.