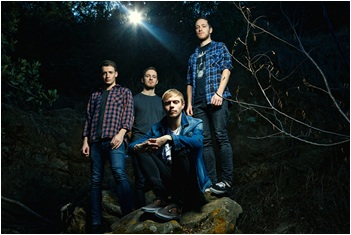 Architects have announced a UK tour which will see them performing at Manchester’s Ritz on 10th March.

The foursome (Samuel Carter on vocals; Tom Searle on guitar; Dan Searle on drums and Alex Dean on bass) recently released their Kerrang! Award winning album Lost Forever, Lost Together and featured heavily in Radio 1 Rocks Week with live performances on Radio 1 and toured the globe alongside letlive.

“We are extremely proud to announce our biggest ever headlining tour of the UK and Europe!” said the band “We’re bring along our good friends in Every Time I Die, Blessthefall and Counterparts to make it one of the biggest heavy bills of the year. We’ll be doing everything we can to make sure these shows are the biggest and best Architects shows in our 10 year history. We can’t wait.”

The news follows their Reading and Leeds Festival slot.

They will be supported by Every Time I Die, Blessthefall and Counterparts.

Tickets for Architects at Manchester’s Ritz go on sale at 9am on Friday 29th August priced at £15.