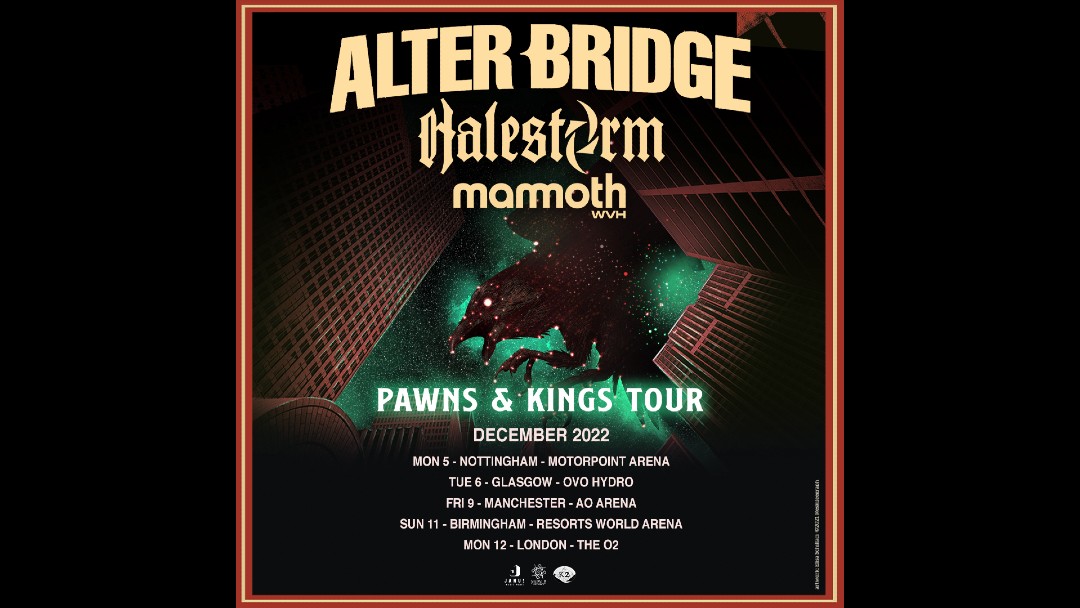 Alter Bridge have announced a huge European tour this winter including a Manchester gig at the AO Arena.

Alter Bridge are currently recording their seventh studio album, the following up to their critically acclaimed 2019 release Walk The Sky.  Walk The Sky hit the number one spot on more than a dozen charts around the world.  The as-yet-unnamed album is expected to be released later this year.

Speaking about hitting the road again, Alter Bridge’s Myles Kennedy said, “Alter Bridge is returning to the EU/UK this winter with our friends from Halestorm and Mammoth. It’s going to be a delicious sonic smorgasbord of Earth-shaking Rock & Roll that goes to 11. Don’t miss it!” 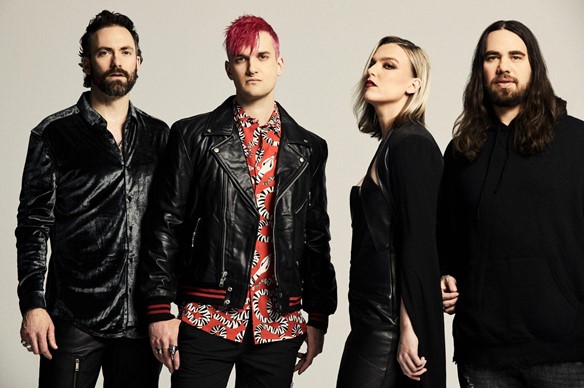 Joining Alter Bridge on tour are the Grammy-winning rockers Halestorm.  The band will be touring their new album Back From The Dead which is released on 6 May.  Back From The Dead features their latest single The Steeple.  Halestorm dynamo Lzzy Hale added, “To all our European Freaks, we’ve missed you, and are so happy to announce that we are finally crossing the ocean to come and see you all again! This time around we are sharing the stage with all our friends in the legendary Alter Bridge and the one, the only Mammoth WVH! You do not want to miss this show! I can’t wait to experience the passion of you, the Euro Rock fans!!! See you front and centre!”

Opening on tour is Mammoth WVH as he tours his self-titled debut record. The artist scopped a Grammy Nomination for his single Distance (Best Rock Song) and hit the road with Guns N Roses.

When do Alter Bridge headline at Manchester’s AO Arena?

When do tickets go on sale for Alter Bridge’s Pawns & Kings Tour?