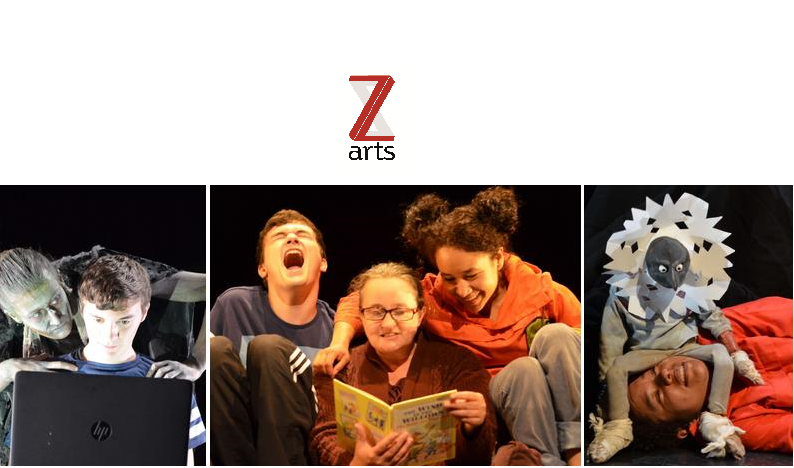 It’s a show with a difference, as Hans Christian Andersen’s SNOW QUEEN becomes a meddling online virus and the heroes; Kai and Gerda are brought together within the care system. A modern story of friendship triumphing against the odds, Manchester arts venue, Z-arts wants to offer children in care FREE tickets this Christmas – but, they need help.

An acclaimed Manchester writer, Louse Wallwein, has spoken out for almost 800 children in Greater Manchester’s care system and called on them to be given the opportunity of a life-changing trip to the theatre this Christmas. Wallwein, a former Queensland Poet in Residence, appears in a video for Manchester’s specialist family arts venue, Z-arts as they seek to raise just £6 per child.  Donations may be made at http://campaign.justgiving.com/charity/zarts/snowqueen

Wallwein, a poet and playwright whose work has also been commissioned by the BBC, staged at Sydney Opera House and at the Royal Exchange and Contact Theatres in Manchester, has first-hand experience of the care system and was adopted as a child. She appears in a special campaign video to say that the public would feel a ‘golden glow’ that they had done something fabulous this Christmas by offering just one child the opportunity of theatrical escape.

She says: “This version of Snow Queen features characters that are in care and it would be important for looked after children to see themselves on stage. When we were kids and arrived at the theatre, we were a big gang turning up from a children’s home, but when the lights went down we were just another member of the audience and were taken into a completely different environment. It would be a life changing moment for them to be given this experience.”

There are 794 children in care in Manchester between the ages of 5 – 15 and the Z-arts theatre team believe that a trip to the theatre this Christmas can not only offer respite from daily routines and challenging times for them and their carers, but also kick start a lifetime of inspiration. With a donation of just £1 buying an interval ice cream and £60 bringing a group of 10 children, every large or small gift will count.

Liz O’Neill, Z-arts Artistic Director, said: “We know from in depth studies that access to the arts can give young people of all backgrounds inspiration that informs their personal lives, education and career prospects, and that can begin with a trip to the theatre. Snow Queen has been made with the widest variety of modern families in mind, and for Looked After Children to miss a show that is written and performed for them would be a huge shame. Together, we can give an amazing gift.”

The crowd funding campaign reflects on the venue’s commitment to engaging with families that come in all shapes and sizes, while their modern staging of a classic tale aims to tell a story that is more familiar to today’s children than those of the Victorian era that first heard Danish writer, Andersen’s original, snow-swept Snow Queen.

A spokesperson for Manchester’s Looked After Children Services, Emergency Team, said: “This opportunity from Z-arts is really important. Children who are under the care of residential services have unsettled home lives and often have to be very adult. At the festive time it’s important to let a child be a child.”

The show runs between Thursday 3 – Sun 13 December 2015 and themes of gaming, online safety, puppetry, fostering and adoption all become part of the updated story. Audiences, young and old are promised an experience that combines the everyday miracles of technology with puppetry and spirited human performances, providing an innovative and dynamic festive theatre experience.

Snow Queen is a co-production between Z-arts, The Atkinson in Southport, which receives the show between Wed 16 – Thu 17 December 2015 and Cast in Doncaster, the latter venue staging the show in March 2016.

Maude the Tigon goes on display at Manchester Museum
Cast details announced for Inkheart at Home
In Review: West Side Story at the Palace Theatre