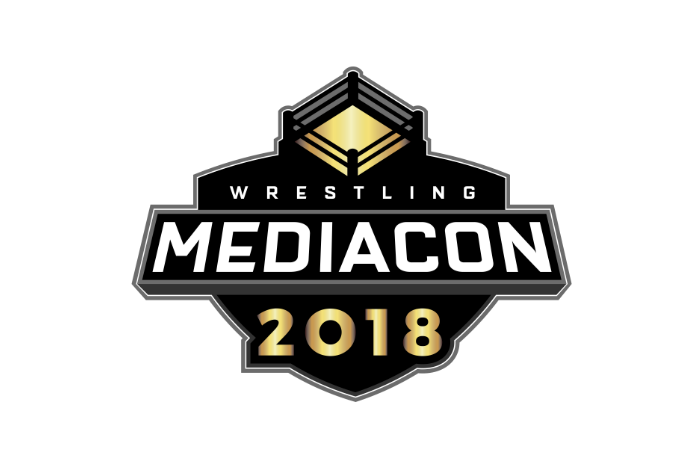 A huge wrestling media convention comes to Manchester this weekend with crowds set to descend on the BEC Arena for two days of live wrestling, panel Q&As, meet and greets and a Hall of Fame ceremony.

Billed as “the best in wrestling and social media under one roof”, Wrestling MediaCon 2018 will star some of the grappling world’s biggest names including WWE Hall of Famer Pat Patterson, former WWE superstar and D-Generation X/NWO alumni Sean ‘X-Pac’ Waltman and the stars of WOS Wrestling on ITV, as well as some of wrestling’s biggest names in YouTube, podcasting and print/digital media.

The event will also feature the return to British shores of US promotion IMPACT Wrestling who will face the best of the UK in a special live wrestling event on the Sunday.

Fans will also have an opportunity to get photographs and autographs, check out wrestling merchandise, cosplay and much more.

Who will appear at Wrestling Mediacon?

What’s the line up for Wrestling MediaCon ?

What happens when you combine two of the biggest wrestling comedy brands into one ridiculous stage show at Wrestling Mediacon?

Wrestling Memes and Maffew from Botchamania combine like a gigantic Megazord of wrestling lunacy!

A team of the biggest wrestling social media personalities in the UK go into battle.

No wrestling subject will be off limits and nobody will be safe from their irreverent yet savage critique.

Patrick Lennon (from The Daily Star’s Fightin’ Talk column) talks to a number of the key figures in British Wrestling from the last 30 years to find out the true story of the resurgence.

Two of the all-time greats in conversation! The D-Generation X and NWO legend interviews one of the greatest minds in wrestling of all-time and Vince McMahon’s creative right-hand man.

Some of the most influential names in wrestling media will be honoured in a ceremony hosted by WOS Wrestling’s So Cal Val and Joe Hendry. Inductees are:

Hosted by Hooked On Events and their resident tune spinner, DJ Stevie C, the party will feature your favourite wrestling tunes and wrestling related music all night along with party games and maybe the odd special appearance too.

The party takes place in the Star Wars themed Cantina bar upstairs at Bowlers Exhibition Centre and is strictly Over 18s only.

Gold and VIP WEEKEND ticket holders gain automatic free entry with limited tickets also on sale for anyone else priced £5.

This is a special exclusive early access show for VIP Platinum Ticket Holders as Kenny McIntosh from Inside The Ropes interviews the legendary D-Generation X star.

A live podcast with the King of the Wrestling Podcasts and a man who has wrestled for most of the major wrestling companies all over the world!

Panel show: WOS Wrestling with the stars of WOS hosted by So Cal Val (Sunday, 2pm)

WOS Wrestling is the name on every wrestling fans lips in the UK and this live panel will tell the story behind the production of the first primetime UK wrestling show in 30 years.

Moderated by WOS Wrestling commentator So Cal Val, you will hear from a number of the talents who took part in the show about their experience.

Two titans of wrestling YouTubers clash! For the first time ever the WrestleTalk and Cultaholic gangs will square off in a live stage show featuring the dreaded ‘SummerSlam Punishment’.

Live Interview: Inside The Ropes Live: The Observations of Dave Meltzer (Sunday, 6pm)

Kenny McIntosh from Inside The Ropes talks to the most influential wrestling journalist in history.

Where and when does Wrestling MediaCon 2018 take place?

Wrestling MediaCon runs 8-9 September 2018 at the BEC Arena, Manchester.  The event opens for general admission at 11am with early entry at 10am for VIP ticket holders on the Sunday.  Tickets are available at the Wrestling MediaCon website.