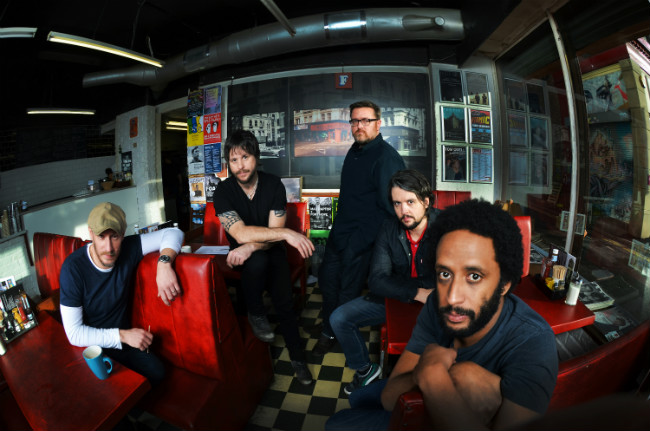 Back with their second album, The Other I, cool as anything sisters Colette and Hannah Thurlow are playing at the Deaf Institute.  A wonderful combination of grunge, psych, dusty vocals, roaring choruses and climactic riffs all making for a dark and brooding, yet glorious sound, which translates incredibly on to the live stage.

‘Proto-Robofolk’ exponents The Phantom Band return to The Deaf Institute bringing with them their varied styles and influences which include indie, folk, electronic, prog rock and krautrock.  The band which has had more names than Prince released their third album Strange Friend in mid-2014 and have followed this up quickly with their latest offering Fears Trending, garnering yet more critical acclaim for the Glasgow sextet.

Having released her debut album Unguarded at the end of January, Rae Morris is set to perform at Manchester’s Gorilla bringing the lofty choruses and sophisticated melodies which accompany the refreshing honesty coming out of the 12 track debut.  Songs about relationships, toxic love affairs and discovering one’s own identity will have the audience hooked.

Having been joined by a long list of collaborators and vocalists on their album Sirens (Yasmin, Katy B and Jennifer Hudson to name but a few), Matt & Kye get set to perform at The Ritz.

Featuring Berlin Berlin, Face and Cold Committee, Manchester label MUK Records launches its live event night MUK KLUB at Night and Day, showcasing up and coming talent alongside artists from the labels current roster.  The night is set to run the 1st Friday of every other month, featuring the best in new Manchester music and music from around the UK.  Launching the debut night are Berlin Berlin, playing tracks from their highlight anticipated upcoming debut album.