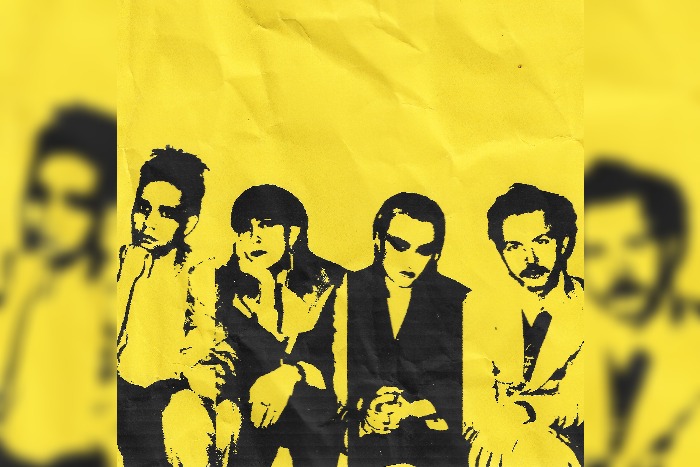 The Ninth Wave have announced two Manchester tour dates, headlining shows at Gullivers and The Castle in March 2021.

The two shows are set to each be unique showcasing different styles of performance and sets.

News of the Manchester gigs follows the recent release of their new EP Happy Days! via Distiller Records.  The EP sees the Glaswegian gothic post-punk and electronic-pop group pushing their sound in new directions featuring electronic beats, dream-pop, noise and rich tonality.  The EP also seems them taking a more direct approach to the themes, reducing metaphors and imagery.

The band, now featuring Kyalo Searle-Mbullu and Callum Stewart joining Hayden Park-Patterson and Millie Kidd, also push their own voices to the fore.  As Hayden explains, “I think we both have grown a lot more into singing in our own accents.  I’m not saying we didn’t mean anything we’ve sung before, but I think we’re being truer to ourselves this way.  It’s not even a deliberate thing – I didn’t even realise I was doing it until I listened back to the demos.

When do The Ninth Wave headline in Manchester?

Tickets for The Ninth Wave’s headline Manchester shows go on sale on Wednesday 5 August 2020 at 10am.