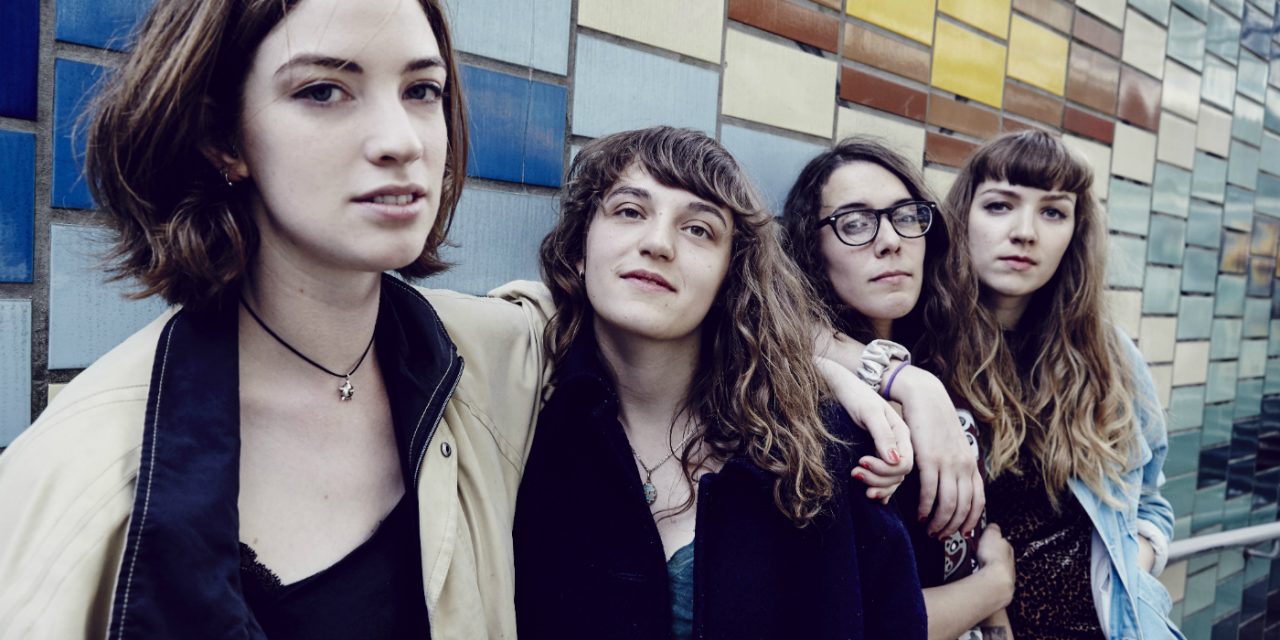 The Big Moon have revealed their latest single Silent Movie Susie which is available on digital platforms now and on vinyl on 25 September.

Hotly tipped young Brits, The Big Moon, have been taking pit-stops from their endless touring cycle to record their debut album. New single Silent Movie Susie is a breathless few minutes which proves that all is going very well for Jules, Celia, Fern, and Soph in the studio too.

You would be hard pressed not to have seen The Big Moon on a festival stage this Summer, and they’re really letting that live energy and their innate understanding of each other’s strengths shine through into the recording studio. As a follow-up to Cupid, Silent Movie Susie sees The Big Moon taking things up a notch. Time spent on the road with these songs before presenting them behind the glass has stood them in very good stead indeed.

The Big Moon perform at Manchester’s Strange Waves Festival at the O2 Ritz on 9 September.