Stars of Nashville to appear at Bridgewater Hall 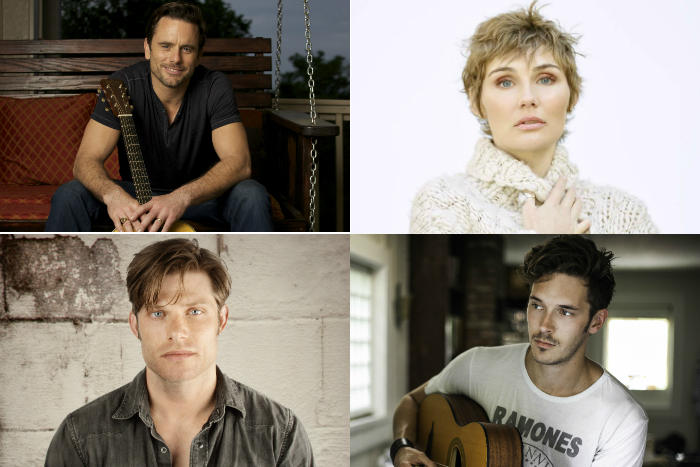 Stars of the hit series Nashville are set to play for audiences in England and Scotland during a first-ever international tour in June.  Launching 13 June in Manchester, the tour will feature cast members Clare Bowen, Chris Carmack, Charles Esten, and Sam Palladio performing songs from the series and original material.  Later stops include Birmingham, Glasgow, Bristol and London. All shows go on sale Friday, March 18. “Nashville” staged sold-out tours across the United States in 2014 and 2015.

“The ‘Nashville’ cast is comprised of individuals who excel as actors, musicians, songwriters, and performers,” said Steve Buchanan, President, Opry Entertainment. “Since the first night the series went on the air, the cast members have also become incredible ambassadors for our Tennessee home, connecting with viewers around the world via television. Everyone is thrilled about the opportunity to be face to face with our fans throughout the UK during these intimate, exciting performances celebrating the best of Nashville.”

Now in its fourth season, the critically-acclaimed series “Nashville” is set against the backdrop of the city’s music scene and follows Rayna Jaymes and Juliette Barnes. Both women face personal and professional challenges as they navigate their paths as artists and individuals. Surrounding them and often complicating their lives are their family, friends and, in some cases, lovers, as well as the up-and-coming performers and songwriters trying to get ahead in the business. Music City can mean so many things to different people. In “Nashville,” musicians and songwriters are at the heart of the storm driven by their own ambitions. Some are fueled by their creativity and passion for fame. Others struggle to cope with the pressures of success and doing everything in their power to stay on top.

Tickets for Stars of Nashville performing at Manchester’s Bridgewater Hall on 13 June 2016 go on sale at 9am on Friday 18 March.