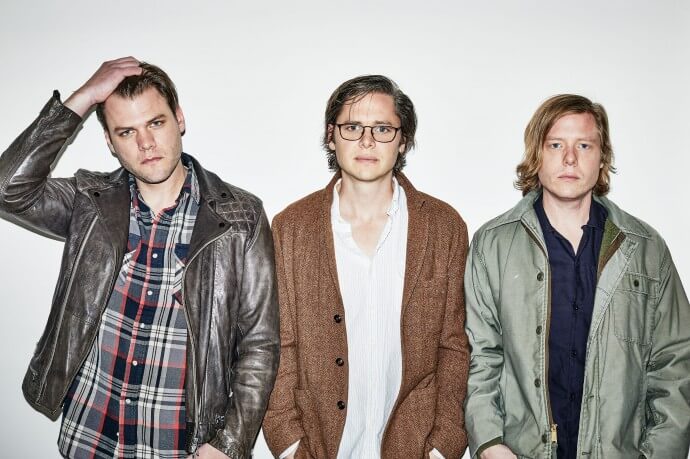 Central Virginia band Sons of Bill have revealed the video for the first single from their new album Believer/Pretender.  The release comes ahead of the band’s Manchester gig at Soup Kitchen in August.

Directed by Ry Cox, the video features homemade footage from the Wilson brothers’ family vaults, with lead singer James commenting “the song is mostly me singing to myself… the parts of me that remain earnest and true, and the parts of myself that have learned to fake it. There are innocent illusions we lose in growing older, and there are illusions about ourselves we inevitably take on as a means of making the realities of adult life more bearable. It’s a tension Faulkner likens to “trying to stuff a cat into a flour sack”, a feeling that our director tried to capture in the video.”

The single is the first release from the band’s latest LP Oh God Ma’am.  Recorded both in Seattle with west coast indie legend Phil Ek (Shins, Fleet Foxes) and in Nashville with Sean Sullivan (Sturgill Simpson) and mixed by Peter Katis (The National, Interpol) the album shows the Wilson brothers moving beyond the galvanic americana-rock comfort zone of previous efforts, for a more elegant and restrained sound– a darker, and more complexly layered rock record that manages to be the band’s most emotionally intimate and sonically expansive. Insistent, dancey rhythms and dreamy, hook-filled, pyrotechnics abound, creating a deceptively anthemic mood around songs that are in and of themselves intensely introverted.

When do Sons of Bill perform in Manchester?