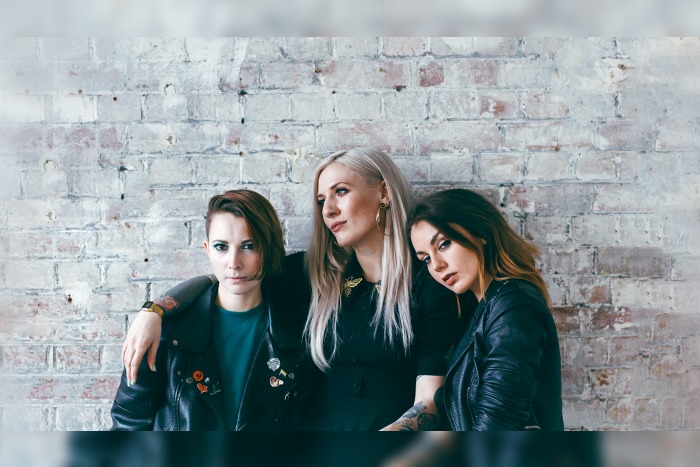 Midlands trio Sadness & Complete Disappointment have released their latest track Monotony and confirmed the release of their debut EP in March.

The ironically titled debut EP Fun will be released on 5 March.

Meanwhile Sadness & Complete Disappointment have revealed the latest track from the EP, Monotony.  The track marks the follow up to their very first single Status, released late last year.

Speaking about Monotony, drummer and lead vocalist Esme explains, “We’re so fucking bored.  Even before these constant lockdowns we had already ceased to live and were existing in this never-ending cycle of something too benign to be called anguish, trapped in a small town, in a small room.  We can paint a sparkly visual through our smartphones, the pocket-sized porthole into other people’s individual cells, and this gives us a taste of make-believe, an idea that we are something better, a chemical reaction in our primitive minds, just enough to take off the edge.  Dopamine, serotonin, a forced smile and an edited photograph and it’s never enough.  A like button and a glimmer of something akin to fulfilment in the vaguest way, but it never is fulfilment, it can not replace true and honest human connection.  Every day is the same and every day is so ugly.”